Television superstar and Kai Po Che lead, Sushant Singh Rajput is out to make a place for himself on the big screen with his latest movie Shuddh Desi Romance! The actor stars opposite Parineeti Chopra and newbie Vaani Kapoor in the Yash Raj Film production releasing this September. Check out the trailer!

This is the third teaser promo from YRF’s Shuddh Desi Romance, which also stars Rishi Kapoor. The film is directed by Maneesh Sharma, written by Jaideep Sahni, and produced by Aditya Chopra. From the director of Band Baaja Baaraat and the writer of Chak De! India, comes a fresh and very real love story about the hair raising minefield between love, attraction and commitment. 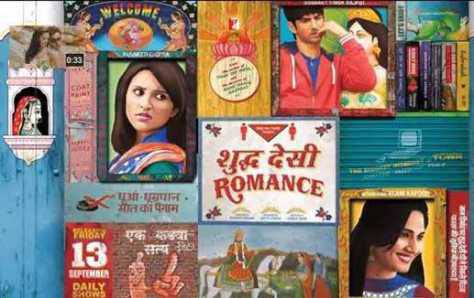 Does what starts physical always turn into love? And what reaches love, always turn into commitment? How do you figure out? Watch Raghu (Sushant Singh Rajput) Gayatri (Parineeti Chopra) and Tara (played by debutant Vaani Kapoor) in the quirky, fun and amusing Shuddh Desi Romance!