The enigmatic entrepreneur and Founder of DVK Deepak Kuntawala, was awarded his eight consecutive accolade on the 19th of July 2013 at a prestigious ceremony at the House of Lords in London. 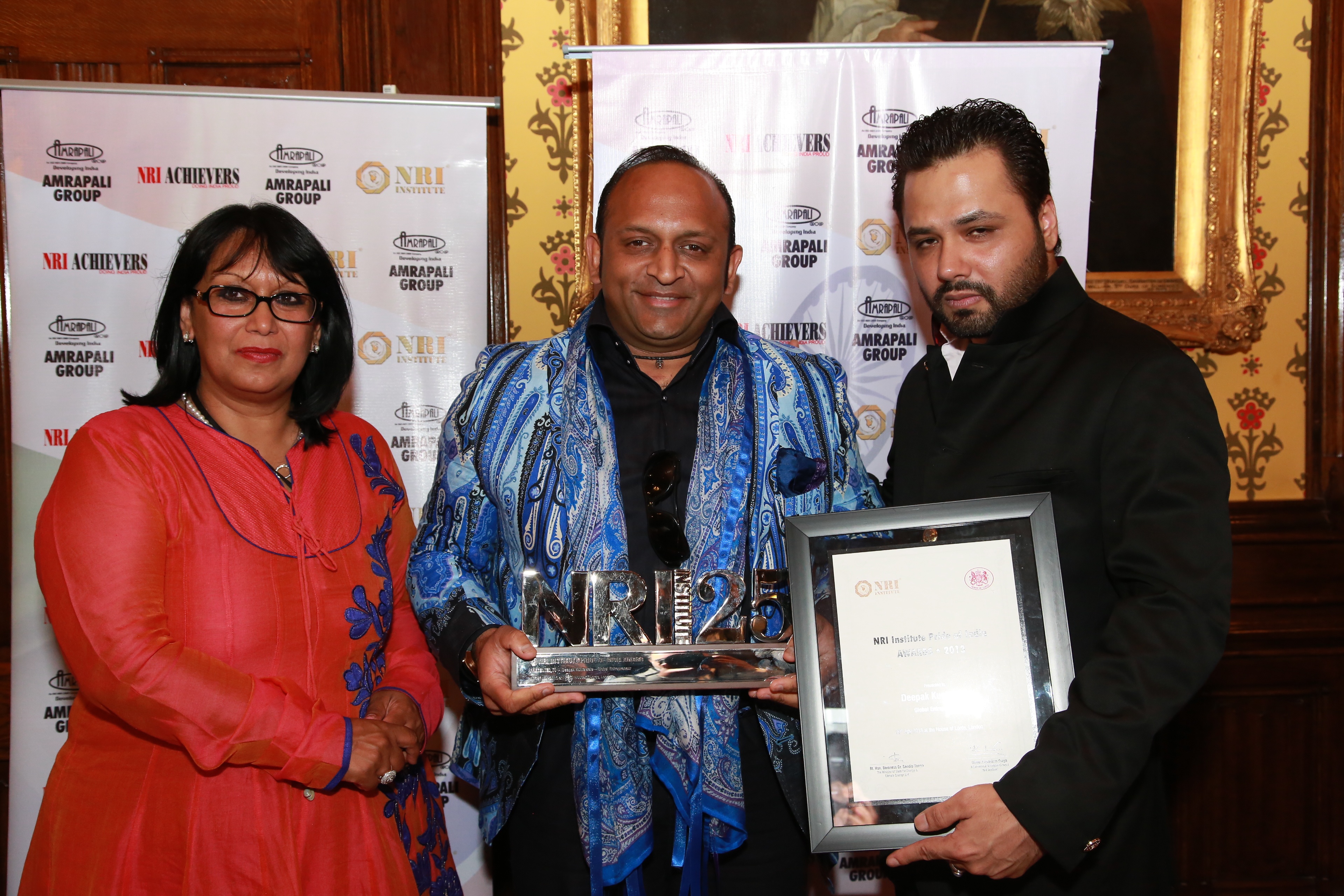 The NRI (Non-Resident Indian) Institute event took as its theme the ‘Indo-British Partnership to strengthen the ties between India and Britain.’ The high-profile gathering saw in attendance a host of British-Asian and Non-Resident Indian (NRI) dignitaries, VIPs, industry captains and community figures. The classic ceremonial dinner was hosted by Baroness Sandy Verma and her husband Ashok in the Peer’s Dining Room. Deepak Kuntawala was one of 14 prestigious winners on the night. Manu Jagmohan Singh, who presented Deepak with his award together with Baroness Verma, described Deepak as,

“Young, fashionable and stylish – what my organization needs.’

The event proved an invaluable opportunity to meet and interact with several high profile people of Indian origin living in India and abroad and was a common uniting platform for the global NRI Diaspora to connect about issues relating to bi-lateral trade, innovation and India’s liberalization policy to open up unlimited opportunities for trade and investment with Britain. Keynote speakers included: Baroness Verma, Minister in the department of Energy and Climate Change, and Lord Dolar Popat, Minister and Government Whip in the House of Lords. Lord Swraj Paul also spoke, along with former Indian Central Bureau of Investigation official Joginder Singh, Manu Jagmohan Singh, Lord Ahmed of Wimbledon, the Indian Deputy High Commissioner, Virendar Paul and Baroness Usha Prashar were also in attendance.

Ever the innovative entrepreneur, Deepak Kuntawala recently chartered new territory when he established DVK Global Entertainment Investment, to nurture and finance unique global entertainment projects. The fund is governed by leading international law firm Mishcon De Reya and structured by the world’s largest professional services firm Pricewaterhouse Coopers. The fund’s first heavyweight project was its title sponsorship of An Evening with Pacino, which brought the award-winning Hollywood icon Al Pacino to the London stage. The partnership with Bhaag Milkha Bhaag marks the fund’s official launch in July 2013 and its entry into the Indian film industry. Deepak’s other business ventures include the establishment of a women-only Sha’riah Fund for the Middle East region and a $1bn Africa Development Fund. The NRI Institute, 25 years old this year, is based in Delhi and recognises outstanding Indians across the world. Keep it locked on Urban Asian for more news on DVK and Deepak Kuntawala’s latest achievements!