The worlds longest film industry keeps on celebrating the cinema limelight and it’s just getting started! Celebrations are in the air as the entire country celebrates the completion of 100 years of Indian Cinema. The very first film was a silent movie, Raja Harishchandra made by Dada Saheb Phalke was released 100 years ago in 1913. After 17 years a sound film, Alam Ara by Ardeshir Irani was released. The Indian Cinema kept on progressing and it has now completed 100 years. Many Bollywood movies has contributed toward this auspicious moment in Indian Film Industry now Worlds First one take Bollywood Horror movie “Super Natural” is going to pay tribute to the 100 years of cinema Producer Satish Reddy and Director Haroon Rashid took the initiative to celebrate this era with a Horror genre. The Cannes film festival is also celebrating the 100th anniversary of Indian cinema. 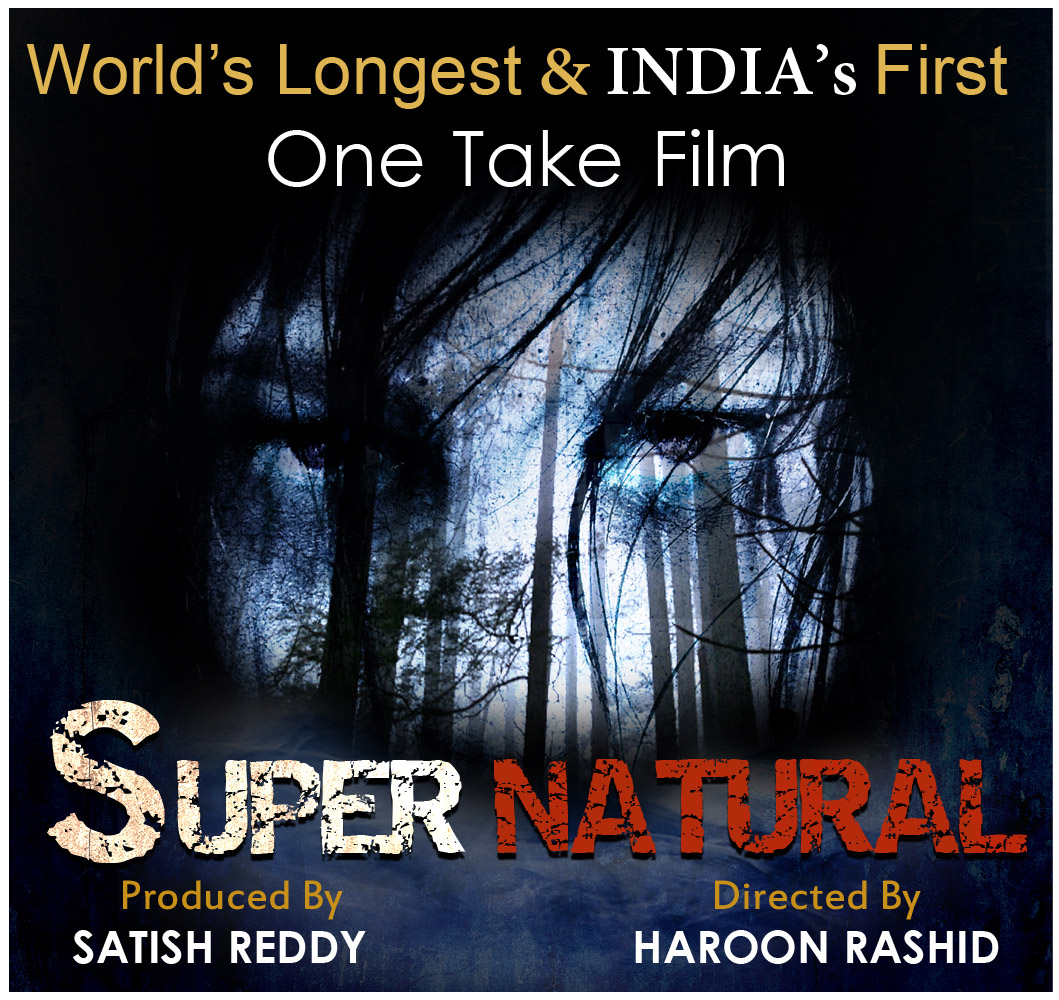 “Bollywood has completed 100 years and I am happy that I am the part of such a great industry. It is a proud moment for me as our horror movie “Super Natural” is going to pay tribute to 100 years of Indian Cinema.”

“Super Natural” first ever movie which was shot in just 2 hours and 20 minute-long and was completed in one take without a single cut with a crew of 17 people. The movie is also listed in Limca Book of Records and it is also attempting for Guinness World Record.

“It’s great that our film fraternity has joined hands to mark this moment of celebration. It is a wholesome tribute to 100 years of cinema, and the way it has been woven together, similar and yet so distinct, breeds hope and promise that our cinema is not stagnating and repetitive rather it is rising on to setting benchmark in today’s globally highly competitive film market. And if such cinema can be made, Bollywood is actually much more arrived than its songs and dance tag.”

Well I guess Indian Cinema has taking far to extreme with making more films even longer! Congrats to celebrating 100 years of black and white and color cinema!