War in any country is definitely a very serious topic! The massive bloodbath left behind after each and every war is a testimony to the fact that war leaves more destruction in its quake rather than having any positive outcome. In Spite of these terrible consequences, no amount of discussions, debates and political interrogations etc. have obligated the concept of war from the world.
Although the consequences of war are not hidden from any one, sometimes it takes the work of a brilliant mind to reinforce why war is not a good idea for any country or its citizens. This time, it seems that Filmmaker Faraz Haider has taken it upon himself to bring out the evils of war in front of the world. 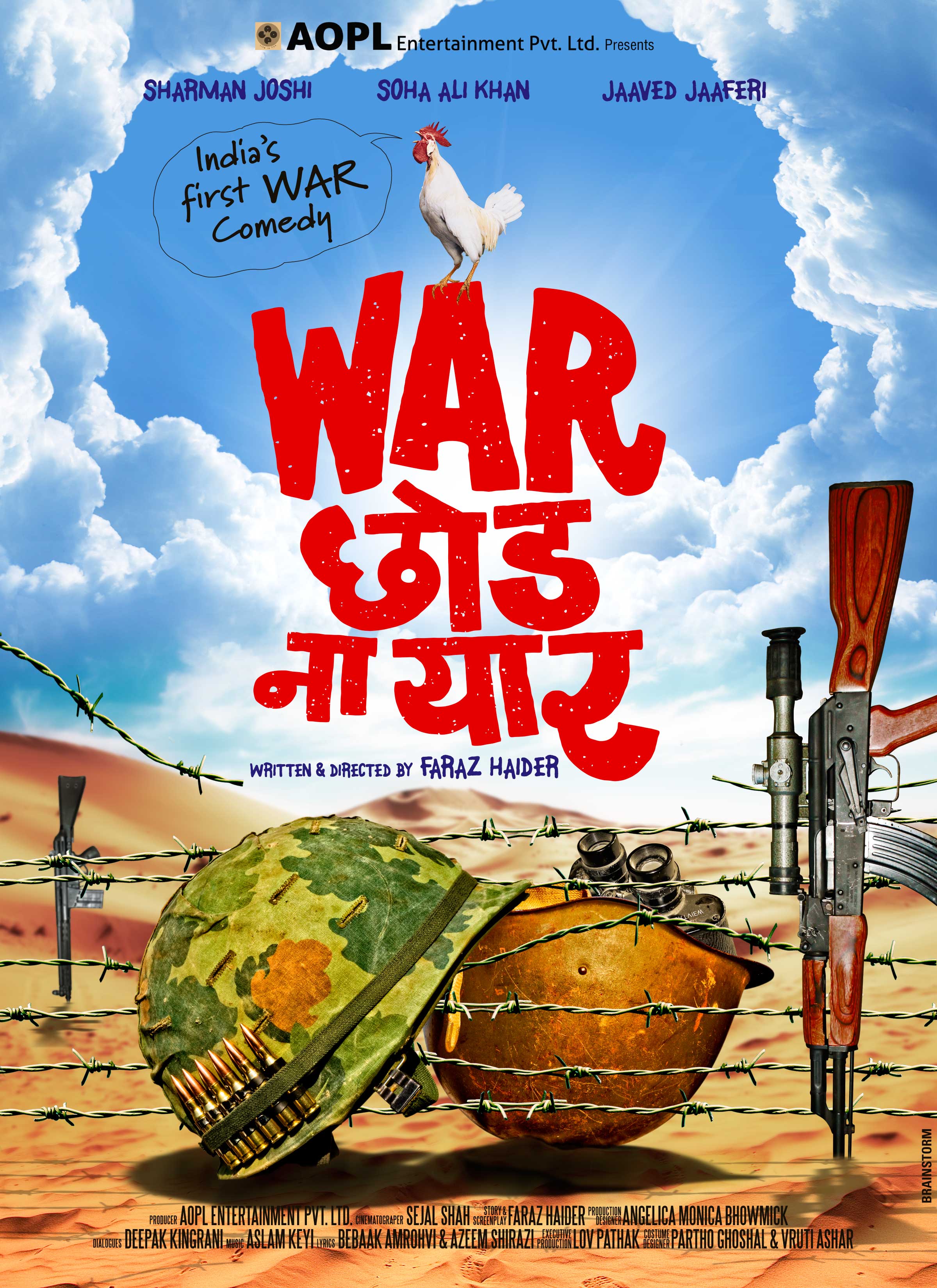 ‘War Chhod Na Yaar’ is India’s first War Comedy. True, it brings out the hardships faced by the citizens of the country when their country is in war mode; it is also an eye opener to the raw emotions and hardships faced by the brave heroes fighting the war.
‘War Chhod Na Yaar’ is a comic-satire shown through the prism of War. Through the movie, Haider handles the serious subject of war with the weapon of humor. The main aim of the movie is not only to sensitize you about the ill-effects of War, but give you a great time while you do so.

The treatment of the humor in the movie has many layers; mostly situational, sometimes spoofy, sometimes slapstick, sometime tongue-in-cheek, and sometimes even over-the-top or below-the-belt. In other words, the treatment will ensure that you are left breathless from laughing. In terms of the intellectual aspect, the treatment is very subtle. Overall, the movie sounds very promising. We are all looking forward to the release of the movie and see if the movie delivers what Director Faraz Haider has led us to expect.