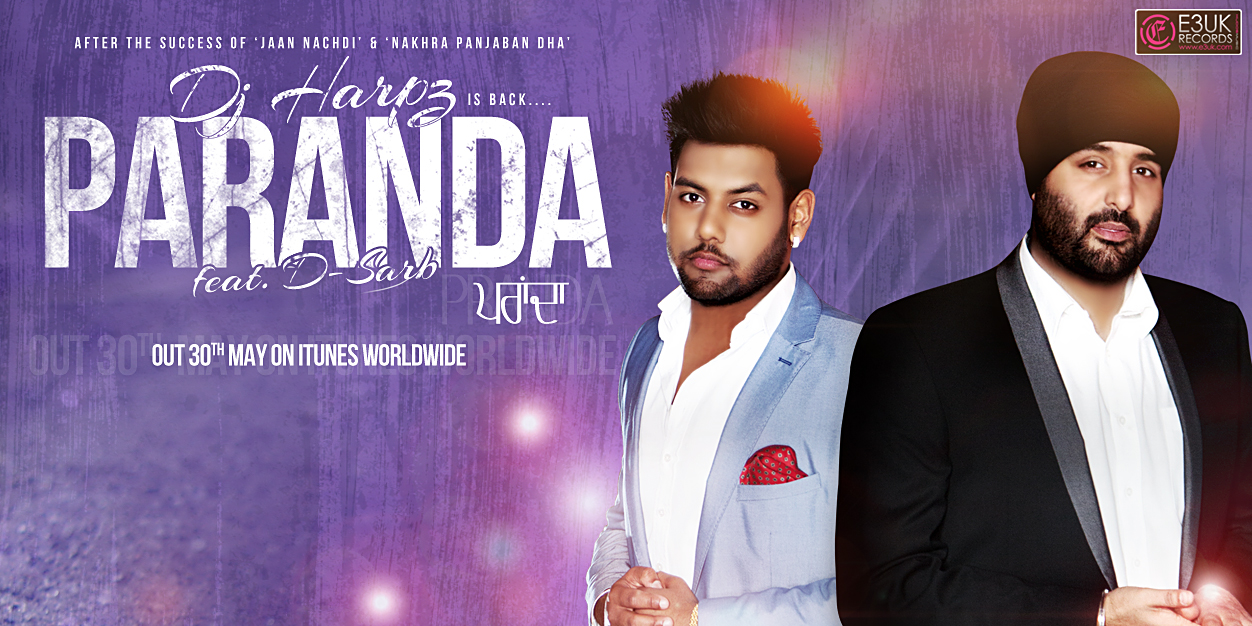 More Bale Bale is on the way and this time with the duo Harpz and D-Sarb! Paranda’ the new single by DJ Harpz featuring D-Sarb – set to release 30th May!

‘Paranda’ is the third single to come off the forthcoming debut album by DJ Harpz titled ‘You Think You Know’, which is set to release Summer 2013.

The UK Bhangra collaboration, ‘Paranda’ brings together the talents of two UK Born artists, who are fast rising in their own respective fields. Having originally discussed the collaboration on twitter, ‘Paranda’ quickly took shape, with D-Sarb delivering another high quality vocal performance.

DJ Harpz, who has already released the singles ‘Jaan Nachdi’ and ‘Nakra Panjaban Dha’ has been busy working on the finalization of his hotly awaited debut album. ‘Paranda’ is a single with a true summer feel, with its energetic beats & pounding dhol!

Watch out for the video for ‘Paranda’ which ads an exciting twist to the single!

DJ Harpz feat D-Sarb Pranda is  Out 30th May on E3UK Records worldwide on iTunes and other leading digital stores.