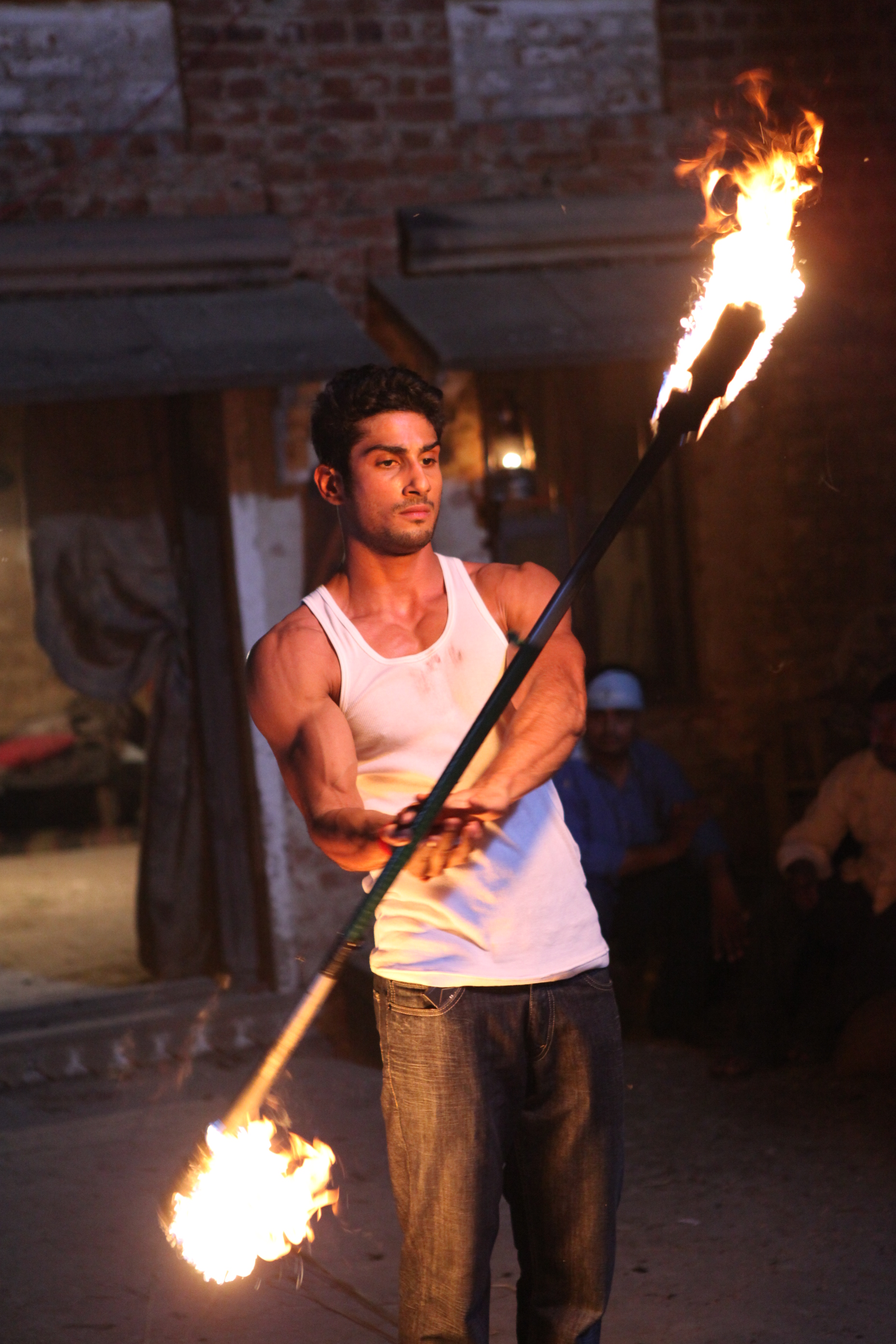 Prateik, son of actors Raj Babbar and Smita Patil, is known to take his roles seriously.  Like his parents, he is known to be a very dedicated actor.  For his upcoming release, he is not leaving any stone unturned for playing his character perfectly in the film.

The actor, who plays a Banarasi Romeo, underwent diction and physical training to get into the skin of the character. He didn’t stop there, though!  Prateik went a step ahead and even took training for fire dance and Parkour to be able to do his action sequences himself in the film!

Based in Banaras, the film has a lot of sequences at the Ghats where Parkour; a form of physical activity to reach from one distance to another in the quickest and most efficient way would be useful. Such sequences are never easy to shoot and require skills to do them successfully and without injury.  Director Manish Tiwary wanted Prateik to fit in the character to the tee and Prateik is also giving all that it takes to be a perfect Banarasi boy in love!

By the looks of it, the movie is already garnering a lot of attention and is one to be watched out for. Directed by Manish Tiwary of “Dil Dosti Etc” fame and Produced by Shailesh Singh and Dhaval Gada, this modern adaptation of Shakespeare’s Romeo and Juliet, Issaq is slated to release on 26th July 2013.