Guess everyone enjoys being close to the Khan’s but not this one he has already won their hearts! Prateik is very close to both Aamir and Kiran and not to forget they were the one who launched him and gave him two important films (Jaane Tu and Dhobi Ghat) of his career. Now when his film Issaqis coming after such a long gap, Prateik wants to start a fresh and wants to make sure everything goes right. When he got to know that the first trailer of the film will be out soon, he requested the producers to give him a copy of the trailer first to show it to his mentors to take their feedback.

In this original Indian adaptation of William Shakespeare’s Romeo & Juliet directed by Manish Tiwary,  the story is transposed to Banaras and its neigbouring areas that are witness to violence unleashed by sand mafia controlled by urban elite and equally violent retaliation by Naxalite armies. The sand mafia is run by two influential Banarasi families, Kashyaps and Mishras, who are at brutal feud with each other.

Kashyap has an 18-year old, pretty and innocent daughter Bachchi from his first wife, Bachchi’s role is played by Amyra Dastur who marks her debut in this film. On the other hand, Mishra’s son Rahul which is Played by Prateik is a good-looking teenager with predictable interests for a boy of his background Girls and Guns!

Things change when the battle-hardened and pleasure-seeking Rahul and romantic yet head strong Bachchi fall in love. Disregarding the consequences, the young lovers choose go ahead with the dictats of their hearts. What follows is a high octane action-filled drama. Guess we will have to find out more about this story as it unfolds worldwide! 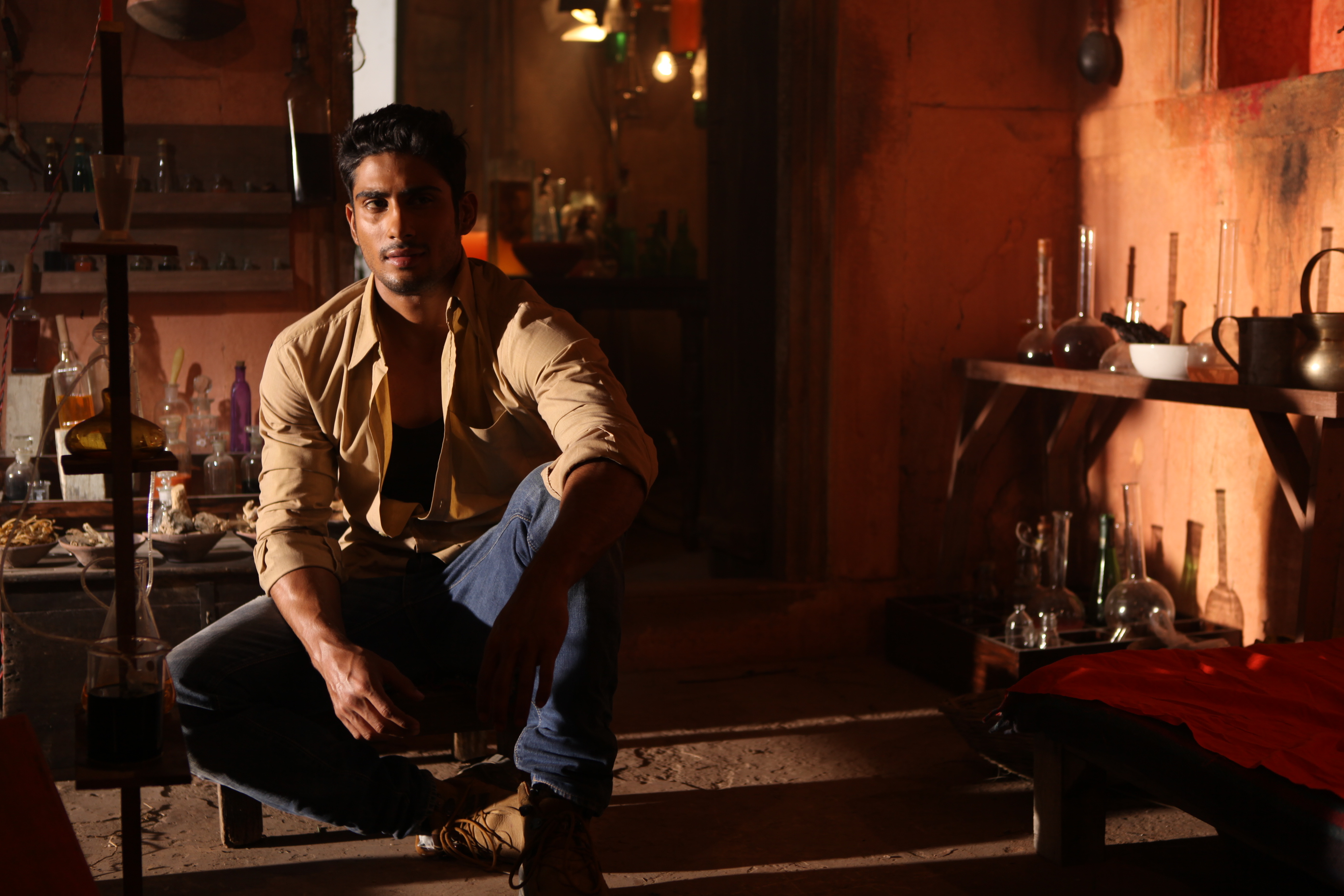 Prateik has put in a lot of effort in this film which is an adaptation of Romeo Juliet set in Banaras. He has gone through a lot of physical training and took diction classes to perfect the banarasi lingo. People who have seen the rushes also believe that the film will have a new Prateik whose career will take off from this film.

Issaq is slated to release in July this year.We wish him best of luck on this upcoming journey to his film career!