Well it looks like Falak is making rounds not only in India but also in the UK! We came across a great teaser video which is set to release this June! Following the phenomenal success of hit singles “Ijazat” and “Soniye” and three super hit Bollywood songs, Falak is back with his brand new single but this time he has worked with a UK Producer to create a brand new sound. 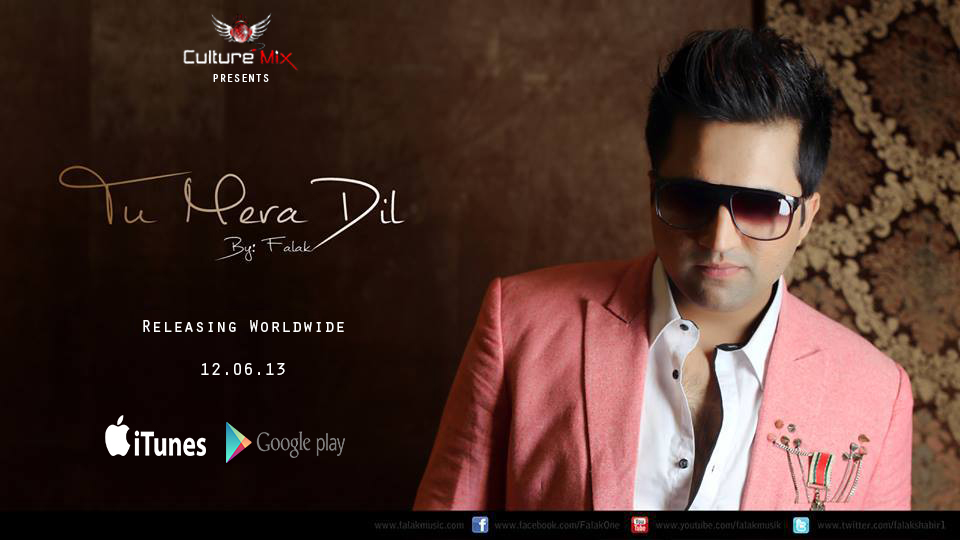 Pakistani Sensation and Bollywood Playback singer Falak was recently on a UK TOUR in April 2013 when he decided to work on a new single. Falak joined up with the talented UK producer “Vee” who is the younger brother of Hunterz. Vee has been recently working on a lot of mainstream records as well as many Big Asian Records & it is the perfect collaboration where east meets west.

The track is titled “Tu Mera Dil” and is set to release on all leading digital stores on the 12 June 2013.It is the single to look out for in June.Check out the amazing video and teaser by Falak and his team!