Moving away from her comfort zone of family dramas and soap operas, the undisputed queen of television Ekta Kapoor has joined hands with Zee TV and is all set to bring the historical saga of ‘Jodha Akbar’ to the small screen. The show will capture the intriguing journey of the royal couple’s love for each other that had, in fact, begun with intense hatred. What started as a marriage based on political power-play more than anything else evolved into something more meaningful eventually! 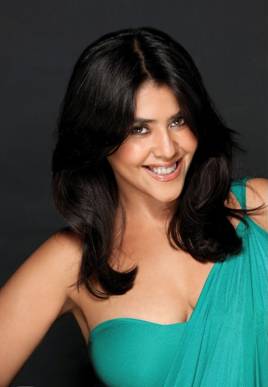 Being extremely particular about the finer details of all her projects, Ekta has been traveling across India and attending every audition personally to handpick the right actors for the roles of Mughal emperor, Akbar and his Hindu wife, Jodha Bai. A source close to the production house reveals,

“She has been actively involved with the auditions in Mumbai, Bhopal, Kolkata and Pune. Ekta has subjected every aspirant to various kinds of look tests to get the exact look and feel that she has conceived for Jodha and Akbar.”

So enthused was Ekta with the new challenge at hand that she was even reported to have changed her Facebook status saying that she is looking for fresh faces for Jodha and Akbar. When contacted, Ekta confirmed the news, saying,

“It’s tough to cast faces that have an enigma and an old world charm, that are not synthetic. They should look raw and not plastic. While casting for an era about 500 odd years ago, you realize that every face has to be looked at carefully.”

But her search for Akbar seems to have come to an end. In the young and handsome Rajat Tokas, Ekta has found the ideal blend of boyish innocence and rugged manliness required of Akbar. Ekta tells us, 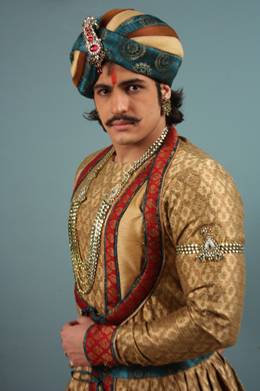 “For Akbar, I wanted an actor who is a boy-man. Although Rajat has the innocence of a 19-year-old, he is seasoned in terms of maturity. Akbar was someone who became a soldier and a king at the age of 14 and by 17 he had already won a battle on his own. Rajat is an expert in martial arts and horse riding. He was perfect for me.”

While an elaborate 2-month shoot schedule for the show has begun in Jaipur to bring alive the grandeur of the historical era with authenticity, Ekta’s hunt for Jodha continues. She is certain that she won’t compromise on getting the right Jodha.

“My casting of Jodha is extremely crucial. I will settle for nothing less than an out- and-out winner!”

In its previous attempt of bringing alive the journey of a historical figure, Zee TV has tasted extraordinary success with ‘Jhansi Ki Rani’. The channel’s partnership with Ekta has also been a gloriously successful one, what with Pavitra Rishta being the first serial on Zee TV that has recently completed a commendable run of 3 years and 1000 episodes, ruling the ratings game through and through. Without a doubt, there are monumental expectations riding on a project like ‘Jodha Akbar’!