Great chefs always know exactly how to manipulate spice to get just the right favor and create magic in their dishes.  Similarly, good writers know exactly where to add spice in their novels to enhance the reader’s senses to the maximum.  Chitra Banerjee Divakaruni is one such writer.  Her previous works like Mistress of Spices, Sister of My Hearth, One Amazing Thing, and Palace of Illusions, among many others, showcased and established just how talented a writer she is.  Now, she takes to the world of romantic thrillers with “Oleander Girl.” 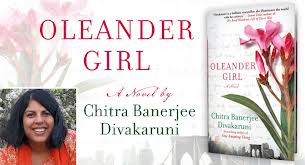 The book is a coming of age novel that centers on a 18-year old girl named Korobi (named after a species of Oleander) Roy.  Raised by her grandparents, she seeks to discover what happened to her parents and to unearth the mystery that shrouds her father’s death.  All she knows about them is what her grandparents have told her – i.e. that her mother died giving birth to her and that her father died even before her birth!  However, Korobi is aware that there is something they seem to be hiding.  Korobi’s story has her tackling these complicated issues, in addition to other twists and turns that will keep the reader engaged.  Korobi’s quest for love is very intriguing as is her relationship with Rajat, who is her fiancé.  Korobi wants a true and pure love, the desire for which is partially fueled by her having read her mother’s love letter to her father.  As such, Korobi daydreams about finding such an eternal love herself.

Soon after her engagement, however, tragedy strikes again with the passing of Korobi’s grandfather.  This moment changes her life completely, but eventually takes her exactly where she needs to be.  She is thrust into a world of secrets that must be exposed.  Korobi learns that she is the master of her own destiny and must face hardship straight on.  Her journey takes her to America in the post 9-11 world to uncover her past.  Besides allowing for the young girl’s coming of age, the journey also exposes the reason why her mother named her after the oleander flower.  Of course, Korobi’s journey is not all smooth and is filled with danger, love, lies, betrayal, and ultimately redemption.

In addition to the compelling content of her books, one of the intriguing things about Divakaruni’s writing is the name she picks for her novels.  Here the name “Oleander Girl” adds to the mystery of the novel.  An Oleander is a small tree/shrub, which produces beautiful and sweet smelling flowers.  It may seem benign, based on this simple description, but in reality it is one of the most poisonous garden plants.  The tree included in the title a perfect fit for the novel which slow reveals that appearances are truly deceiving.  The title therefore, suggests that hidden behind beauty and perfection, is often a darker side slow to reveal itself to the naked eye!

“Oleander Girl” will keep you captivated from the very first chapter.  As you turn the pages and delve further into the story, you will feel like you are a part of it.  The narrative speaks to issues that are deeper than the ink the book is printed with.  The characters are all well-defined and believable.  They are not simply over-exaggerated caricatures, but instead are have all shades of humanity – good, bad, and ugly!  Don’t think that since the characters provide such a sense of realism to the novel, that you will know exactly how the plot lines resolve themselves!  Rather, get ready for a true ride, as the tale is unpredictable, and the twists and turns to the story will make you want to read it in one sitting (which is exactly how I read it!)

Beautifully written and truly captivating, Divakaruni masterfully and lyrically pens this novel!  Some books may need a screen adaptation to make them compelling, but Oleander Girl is a journey in and of itself, with the right amount of thrill, fantasy, and realism!  As an author, Divakaruni is in a league of her own and any comparisons to other writers is not needed to validate how good a writer she is.  Simply read her books, and you will come to your own conclusion that she is one of the most talented authors (desi or not!) we have in our modern times.  A very intriguing novel from a very capable author! 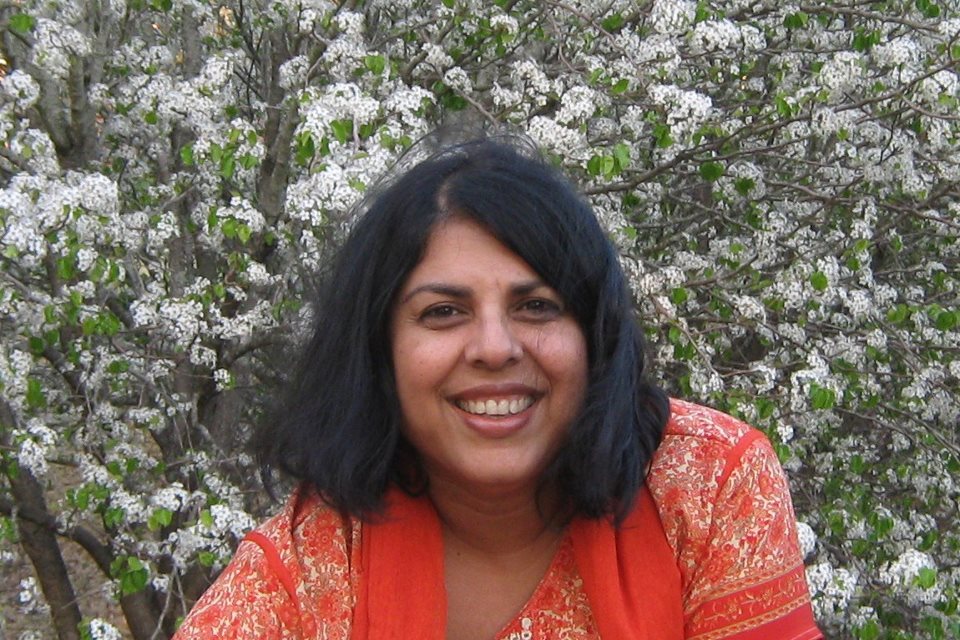