Brand new singing sensation San2 yesterday illustrated the power of true talent as he secured his spot at Number 1 on the iTunes World Music chart, with his debut track ‘Nayo Lagda.’

The 22 year old from Nottingham released his first ever track to the world last Wednesday, and despite challenges from some of the biggest artists in the Asian music industry held the top spot throughout the week, to end on the ultimate high. Fans across the world have been raving about the young stars incredible talent, as his soulful ‘urban’ qawwali, set the music world alight. As well as his newly adoring public, the industry as a whole has been enraptured by San2’s stunning vocals, with TV and radio presenters, artists and even Bollywood music legend ‘Shaan’ spreading the word and sending messages of support. 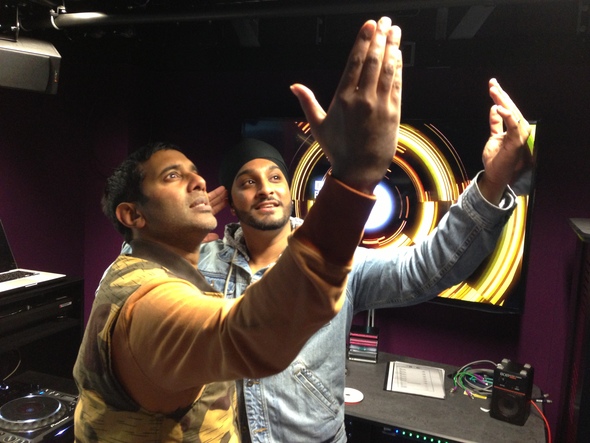 The young star, who has been singing since the age of 5, has been left astounded at the acclaim, and says of his new found popularity:

“It all feels like a dream. This time last week I was sitting at home nervously wondering how people would react to the track. I have been amazed and humbled by the love that everyone has shown me. I just want to thank everyone for giving me a chance to sing and share my love of music with them.”

San2 is the first artist to be signed to the newly formed Virtual Recordz Label, headed by Music PR guru Raj Ghai, who says of his first signing:

“I knew that San2 was destined for great things the moment I heard him sing. Virtual Recordz was set up to find new talent and change the game. I truly feel that the release of ‘Nayo Lagda’ is the start of an exciting year for both him and the label. Virtual’s strapline is ‘Making Noise’ and that is exactly what San2 has done!”

Be sure to keep it locked on Urban Asian for more updates on San2!