Technology can be a boon or a horrible curse, and various celebrities have fallen prey to it. Mona Singh, who rose to fame in the role of ‘Jassi’ in Jassi Jaise Koi Nahin’, is the latest to join the dreadful list.

Recently a MMS video with the face of Mona Singh doing objectionable things was released into the media. However not only digital experts but also senior crime branch officer confirmed that the face was morphed. They further added that the cyber forensic experts at the Cyber Lab have concluded that the video shot seemed to have been superimposed. 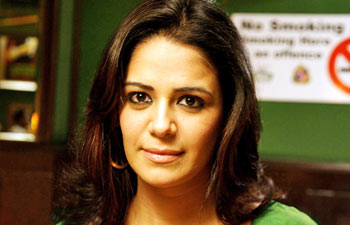 The 32-year-old actress was busy shooting for her television series “Kya Hua Tera Vaada”, when the alleged news of the video morphed reached her. Mona Singh is quiet shattered with the circulation of the fake video and has filed a complaint with cyber crime cell. A source close to the actor said,

“The MMS of the model, who resembles the television actress, is purposely leaked to tarnish her image. She is one of the most successful actresses and perhaps someone cannot digest it.”

As per IT Act 2000 in continue with IPC 1860 the web portals that carry the explicit content would be penalized. Stay Tuned for more updates!