More Bruahh? More Punjabi tunes! Hey we just can’t get enough of it! Can you? We sure can’t! So ready to hear more? Here is another artist by the name of Indi Soor from DEA. East Midlands based Dhol Team DEA (Dhol Enforcement Agency) has teamed up with Legendary Punjabi Singer Surinder Shinda for a modern rendition of the classic “Jeona Morh”

What’s the story behind this track? Here is the story, Jatt Jeona Morh, released in 1991, is a Punjabi film starring Gugu Gill and Gurkirtan. It is based on the real-life Dacoit Jatt Jeona Morh. It is directed by Ravinder Ravi and has become a big hit in Punjab Jeona Morh which is an extremely strong and religious young man who eventually became a bandit and robbed many villages. He lived during the British Raj in Punjab. Before turning to crime he lived happily with his brother and his wife. Jeona’s brother was an undercover bandit, and the only person who had knowledge of this was his dearest friend, Dogar, who later reported him to the police; as there was a hefty reward on his head.

During his brother’s arrest the corrupted police severely beat his brother’s pregnant wife and eventually killed her. Jeona’s brother was convicted and sent to “Kala Pani” Prison. Jeona Morh fled into the jungles where he met a gang of bandits and eventually became their leader and vowed to take revenge. Jeona Morh had murdered every person who had any involvement in the ill treatment of his family before finally being multiply shot to death.Check out this trailer which is all set to release end of April! 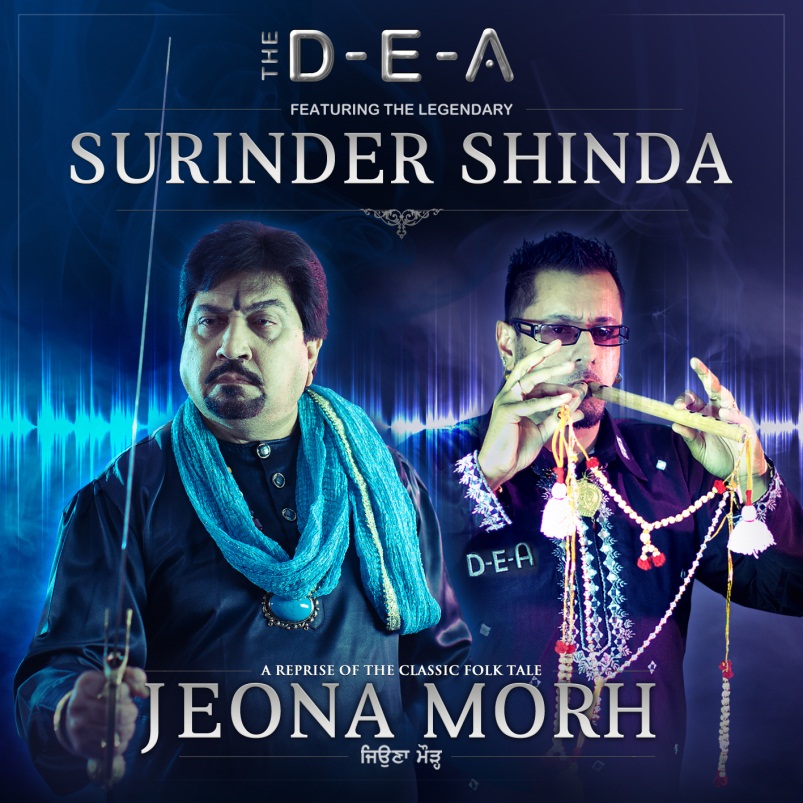 The Founder of DEA, Indi Soor who is the main man behind this unique collaboration was keen to work with Surinder Shinda in a musical fusion. Get ready for a musical extravaganza of Dhol, Tabla, Algoze and more! For those who are not aware Jeona Morh, this was a super hit song sung by Sunrinder Shinda in the 1990’s written by Dev Thareekewala. The story is based on the true story of a man called Jeona who was known as the Robin Hood, who looted the rich for the poor.

Soor had stated he was excited about this collaboration and how it was great to work with him.

“I can’t wait for everyone to hear the collaboration, it’s been an honour to have Surinder Shinda Ji in the UK working in the studio and shooting the video with him. Thanks’ to everyone that made this happen”