It’s no mean feat to match steps to a song that has been immortalised by Madhuri Dixit-Nene. But looks like Rohan Sippy was confident of being able to pull it through. The director has revived Madhuri’s iconic Dhak Dhak song in his upcoming film Nautanki Saala, with the three actresses – Evelyn Sharma, Pooja Salvi and Gaelyn Mendonca.

“I’m a big Madhuri fan and her Dhak Dhak is among the best songs ever choreographed. It was a dream to dance to its remixed version.”

While Gaelyn accepts that she had to “work very, very hard to get the moves right, Evelyn adds,

“I became nervous when I heard that we were going to perform to Dhak Dhak. Who can have the audacity and courage to dance to a number that Madhuri Dixit has immortalised on screen! But Rohan said that since we are all newcomers, there would not be much comparison. And that we treat it like a tribute.” Finally, says the director, “It is such an iconic song and it is a dream to be able to use it in one of our films.” 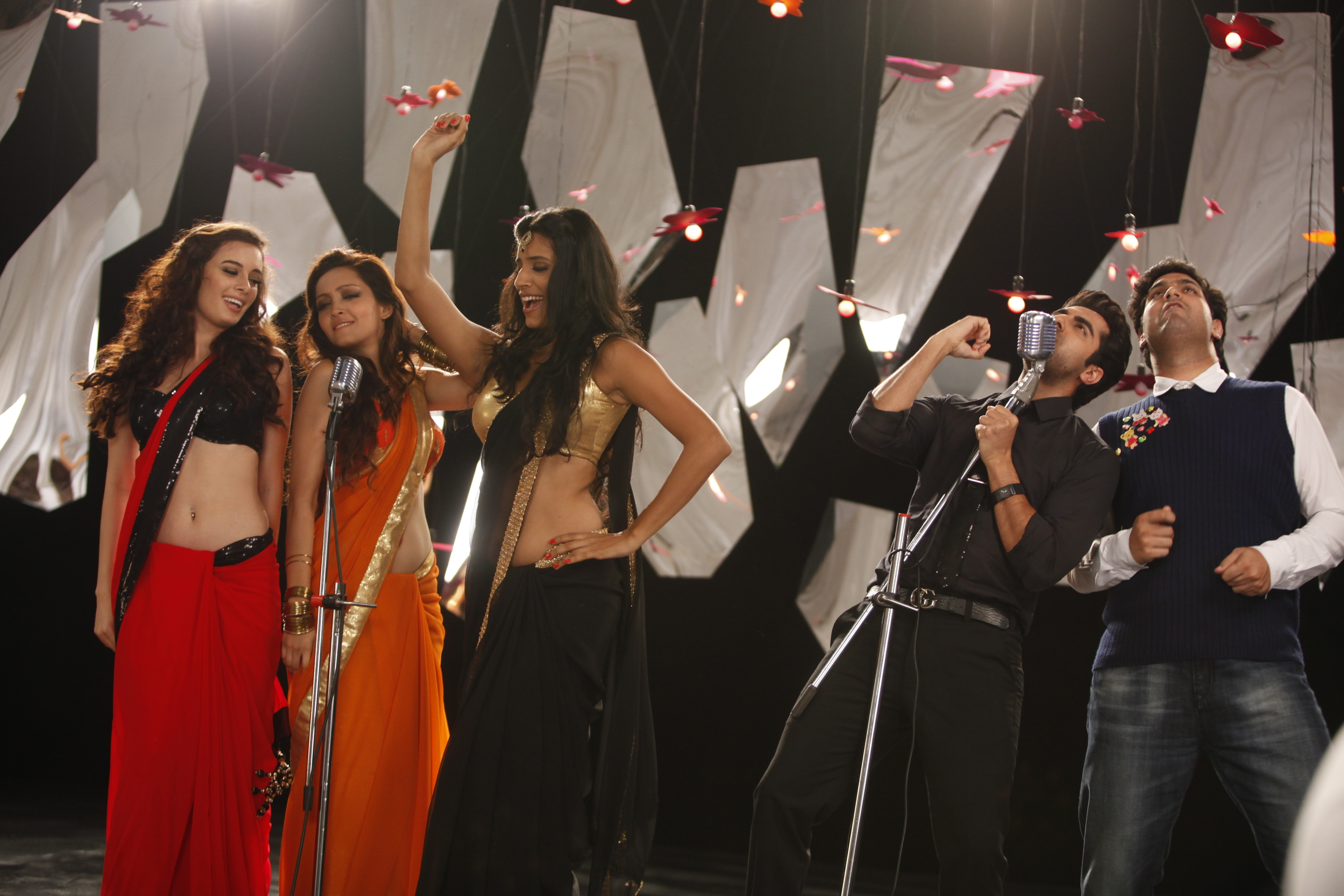 “The three pretty girls have soft, romantic roles in the film, along with the two nautankibaaz boys – Ayushmann Khurrana and Kunaal Roy Kapur. Their look in this song, created by Mikey McCleary and sung by Saba Azad, has lots of oomph. Stepping into the shoes of Madhuri is not easy, but the girls have done a wonderful job with Ayushmann and Kunaal giving those funny expressions that will leave you in splits.”

Nautanki Saala, produced by T-Series and RSE, releases on April 12! Can these girls pull of Madhuri Dixit Dhak Dhak! Let us know as our legendary Madhuri Dixit can only pull it off, hopefully these girls can as well!