Every actor harbors a dream of working with that one co-star who they feel ‘complements them’ in their onscreen personas. A recent conversation with the lovely doe eyed beauty, Kratika Sengar, brought some very interesting revelations to light. The actress who plays the role of Aarti in Zee TV’s Punarvivaah, shared that she would love to work with Karan Singh Grover, the handsome protagonist of Qubool Hai! 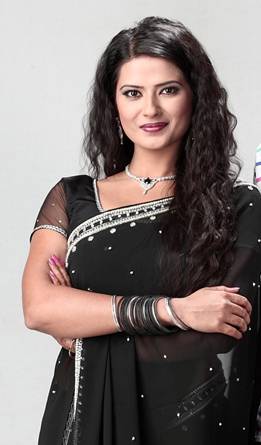 Undoubtedly, Karan has a huge fan following and Kratika is one more in the legions of female fans who are in awe of the actor.

In a candid chat, Kratika shared,

“I think Karan is one of the finest actors on television currently and I would love to work with him in the future. I have met him on the sets and think that he is a very humble and down-to-earth as a person. One would expect that such popularity would have gone to his head by now given the number of women who adore him; but that is definitely not the case!”

Talking about a particular scene, she said,

“He is doing a fantastic job in the show (Qubool Hai). I still remember that there was a maha episode happening for Zee TV and in one of the scenes Asad (Karan Singh Grover) was searching for Zoya (Surbhi Jyoti). I liked the way he presented himself in that scene. He literally had tears in his eyes. He was that natural!!”

For all Kratika and KSG fans, we hope that your wish comes true Kratika! Watch Kratika at her best in Punar Vivaah on Zee TV (Sky 788) Mon – Fri @10pm and watch her dream co-star Karan Singh Grover in Qubool Hai! on Zee TV, Mon-Fri @ 8.30pm.