Fiji Island is now emerging as the latest hotspot for Indian films because of its scenic beauty and serene beaches. There has been a lot being spoken about the sizzling chemistry between Neil Nitin Mukesh and Sonal Chauhan. The team had a difficult time shooting in Fiji Island due to the unpredictable weather.

During one of the promotional events, Neil recalled an incident about the erratic weather they faced while shooting. The team was surprised as it started raining heavily before they commenced the shoot. The torrential rain led to the crew running helter-skelter and within minutes the entire set was washed out. Since the location was an hour’s drive from their hotel, the team couldn’t rush back to their hotel. They saw a small Indian restaurant and went over there to take refuge. 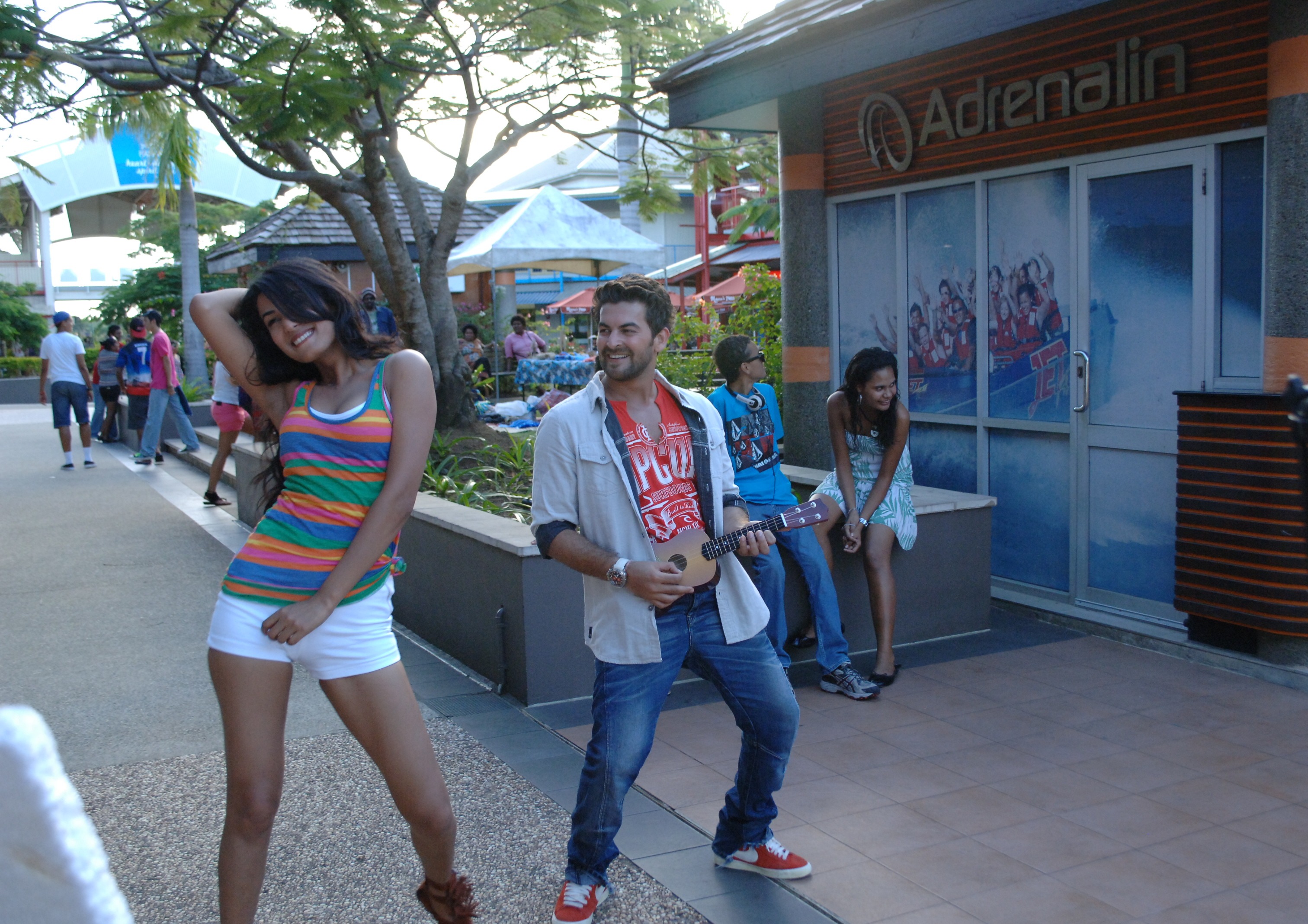 The owners of the restaurant were delighted to see Indians at their restaurant; they instantly recognized Neil and Sonal and were excitedly welcomed them. The 3G team spent the rest of the day at the restaurant while waiting for the rain to subside. The crew chatted with the owners and enjoyed scrumptious Indian food.

The team was so joyed with the warm hospitality they received and the lead stars described this day as one of the most treasured day while filming the movie. Directed by Shantanu Ray and Sheershak Anand, 3G is an upcoming supernatural-thriller movie starring Neil Nitin Mukesh and Sonal Chauhan. Produced by Eros International and Next Gen Films, the movie is slated to release on 15th March!