With all the film genres that Akshay has touched upon and successfully conquered, the rags to riches superstar makes India proud to call him her own! From comedy and action to real life drama sprinkled with a dash of romance, Akshay demonstrates that no challenge is too great and that he can in fact do it all. Hey, he’s done it all! What does he have more left to do now? Well, he still loves his work and still is doing so much more.

His latest blockbuster film Special Chabbis see’s the talented actor delving into the realm of real-life drama that he has not much been associated with in the past.

With several highly accredited performances to his name, “the quintessential action hero” proves his versatile nature as his recent hits Special Chabbis, Khiladi 786, OMG: Oh My God, Rowdy Rathore, Housefull 2 soar at the box office. In Special Chabbis, although not his usual dare-devilish stunt based film, Akshay has been praised for his compelling and realistic portrayal of conman ‘Mon Singh’ in the acclaimed Neeraj Pandey directed gritty heist film. 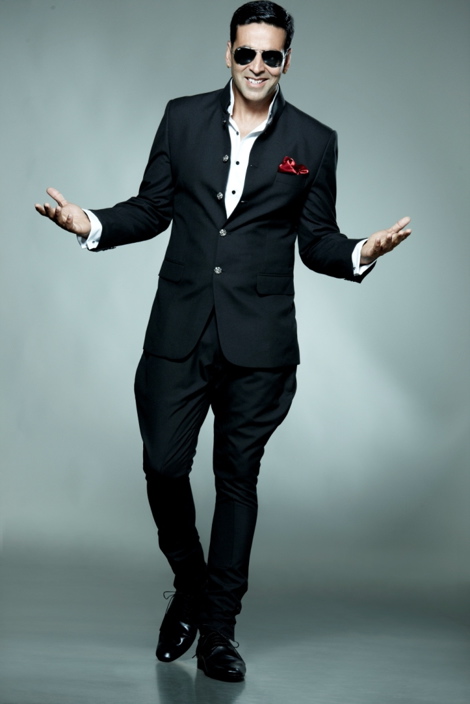 Akshay has previously made his mark with comedic roles in such films as Housefull 1 and 2, Welcome, De Dhana Dhan, Hera Phera, action film Rowdy Rathore, and a combination of both in Khiladi 786. His naturally funny and relatable nature made him the perfect candidate for these genres.

In 2012 the international superstar starred in OMG: Oh My God, a poignant comedy film taking a sidewards glance at religion, spirituality and a person’s relation to God and the universe. Akshay was praised for his iconic performance as Lord Krishna Vasudev Yadav.

Along with his honed acting skills, the star further reinforces his versatile persona with the range of films he is producing through his production company Hari Om Entertainment. He touches on other genres with newly established company Grazing Goat Pictures, an avant-garde production house which specialises in making thought-provoking, unique films, which are targeted to the vast and varied regional cinema market in India.

With a whole host of new projects in the pipeline, nothing can stop this global superstar and all we can do is sit back and wait to see what Akshay does next to equally delight his critics and legion of adoring fans.