Here in the US, Hollywood stars are always contributing some philanthropic venture or another.  In India, however, celebrities aren’t often pursuing such charitable causes.  So, it’s especially amazing when we get news of a celebrity who does value charity.  On February 24th, Bollywood actress, Dia Mirza flagged off the country’s biggest women’s car rally, ‘Lavasa Women’s Drive’, which was organized to create cancer awareness among participants and society as a whole!  The rally was a combined venture between The Times Group, Lavasa Corporation and an NGO, Women’s Cancer Initiative – Tata Memorial Hospital. 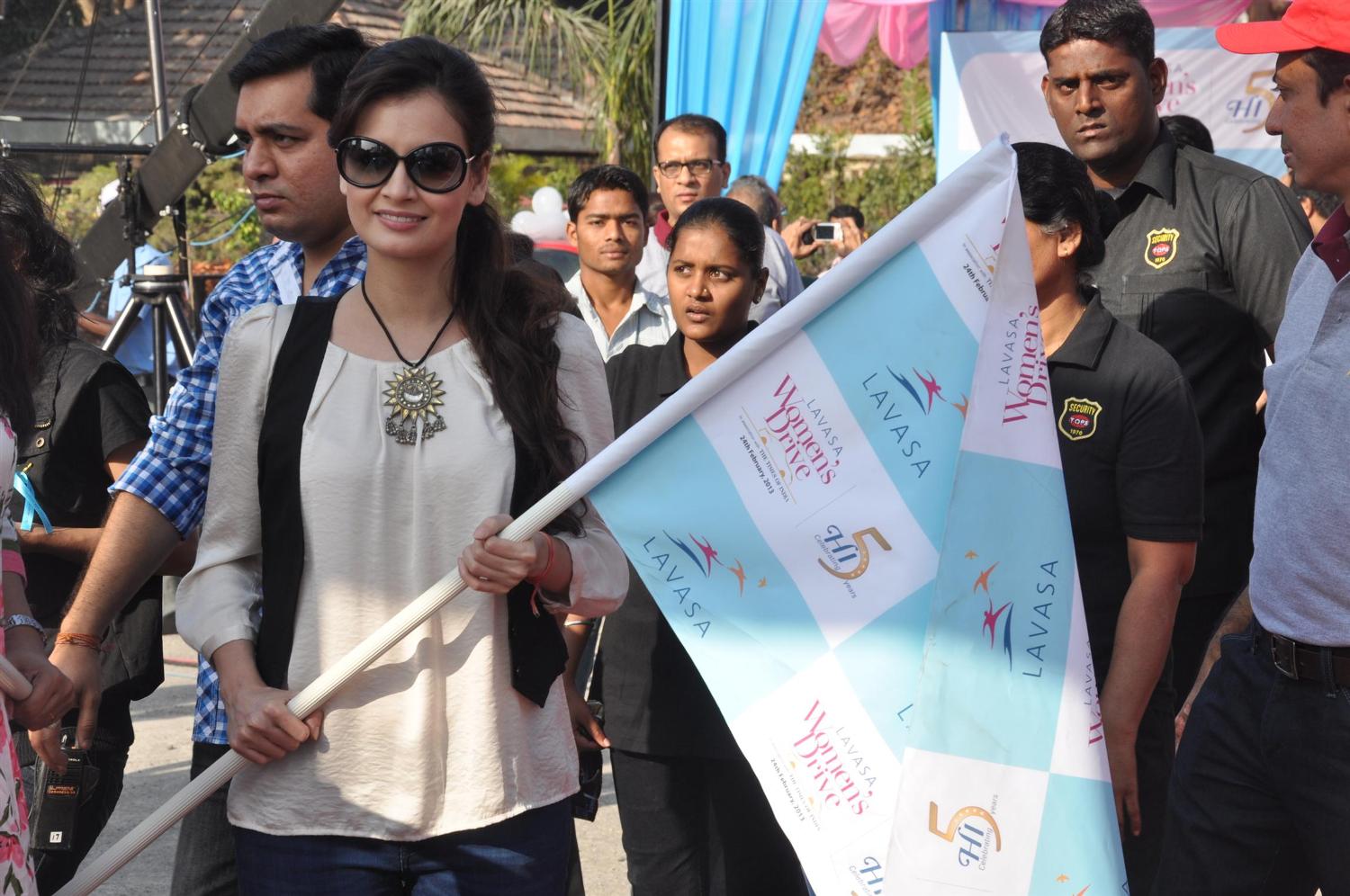 Dia has been closely associated with cancer awareness since the last eleven years. The actor has also adopted patients and taken complete care of their expenses through CPAA (Cancer Patients Aid Association). Dia has experienced the difficulties faced by patients and their kin first-hand since a few people close to her have succumbed to the ailment. Besides showing her support to the noble cause on several occasions before, Dia has also lent a hand in educating people that early detection can lead to complete cure, helping women can lead a normal life.

The actor was invited to support this initiative and flag off the rally on Sunday, the 24th of February, 2013 at Kamala Mills, Lower Parel. The rally started from Mumbai and Pune simultaneously and converged at Lavasa. A source close to Dia said,

“Dia wishes this event generates a lot of awareness and helps in reduction of cancer among people.”

Nearly 700 women took part in the car rally.  We’re proud of Dia for getting involved in such a good cause!