This show will not just bring eight television icons (Smriti Irani, Sakshi Tanwar, Aamna Shariff, Shweta Tiwari, Mouli Ganguly, Ankita Lokhande, Kritika Kamra and Pooja Gor it will also mark as acting debut of producers Ekta Kapoor and Vishal Bhardwaj. They will both do Shorty cameos in an episode each.

Ahead of making her acting debut, nervous Ekta says,

“Don’t ever expect me to act because I will be bad at it. You might see a blink-and-miss-you’ll miss-it cameo of me standing behind a tree. I don’t mind playing a tree. As long as I don’t have dialogue, I can stand in a scene.” Talking about her role, she says, “It’s a small one. I will take my cue from Vishalji. He’ll be experienced by then, as he too is making his TV debut in Ek Thhi Naayika.” 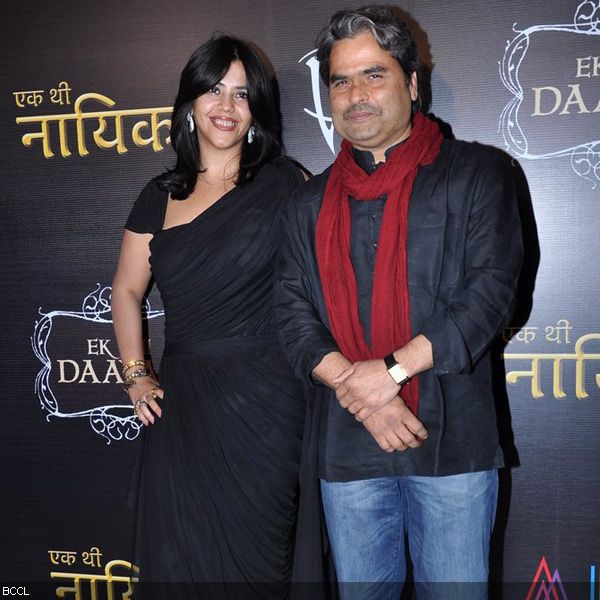 Ekta Kapoor and Vishal Bhardwaj launched the first look of the TV show Ek Thhi Naayika at a press conference and hey also launched a song from the film, Ek Thi Dayaan, that will be used in the TV show. From running a production home to a acting, Ekta Kapoor has done it all! Stay tuned for more on here with Urban Asian!