PVR Pictures has a little Valentine’s Day present for you all; they’re ending the greatest manhunt… well, kind of.

More like they’re releasing Kathryn Bigelow’s “Zero Dark Thirty”, an Oscar nominated film about the decade long hunt for the most dreaded terrorist and a name everyone knows, Osama Bin Laden, in India. (Probably not your ideal Valentine)

A little fun fact about the movie is that some of the key sequences were shot in India! The bazaar of Manimajra near Chandigarh was turned into Pakistani market overnight. The town was also made to replicate Attotabad in Pakistan. The connection to India doesn’t end there, the character of Osama is also played by a fellow Indian descent.

PVR Pictures is currently running a contest which gives audiences a chance to watch this epic movie this Valentine. Audiences are enthusiastically participating in the contest on Twitter. PVR Pictures have also organized a paid preview on Valentine’s Day for the movie. The film has already generated much buzz in India and the audience is extremely keen to watch the movie.

Audiences can participate by clicking on the link here. 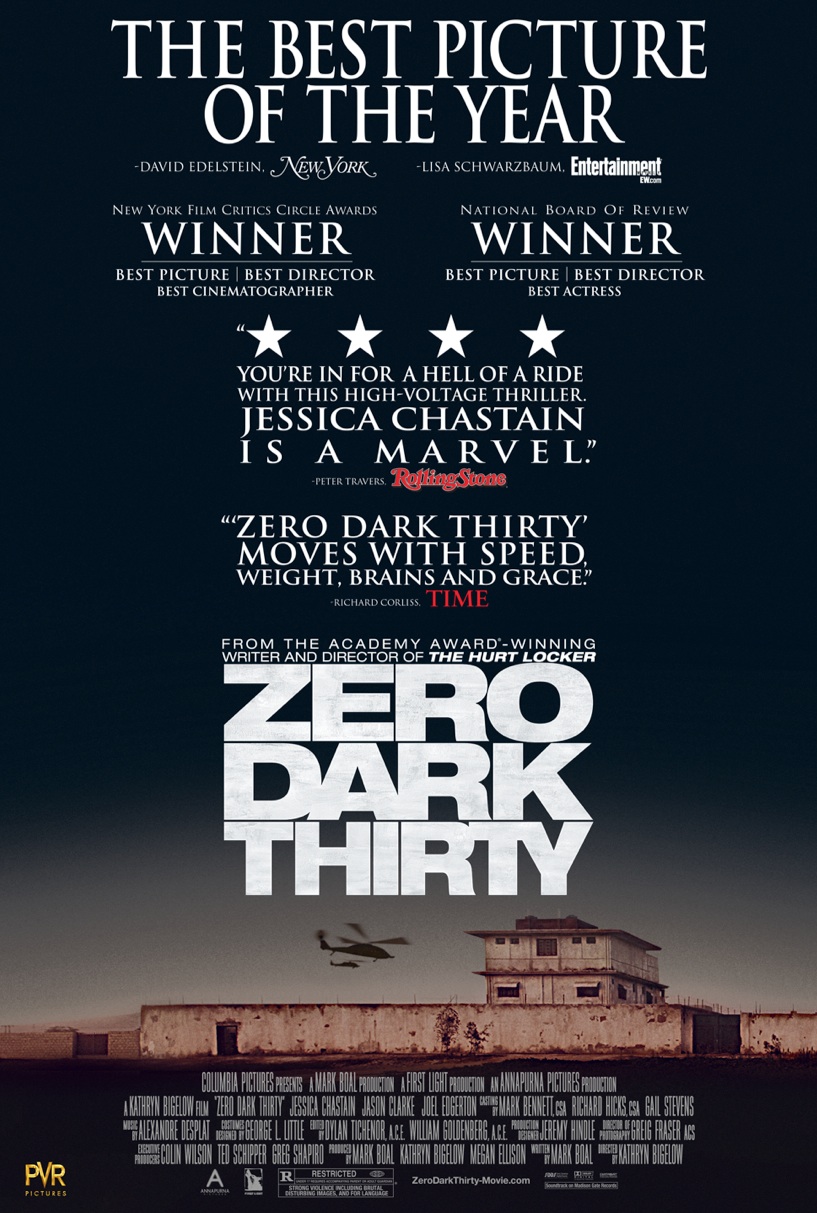 What are you waiting for?! Go join the contest and check out the movie!