British-Indian singer Jay Sean rang the first closing bell of the year for NASDAQ! What a way to start the year! 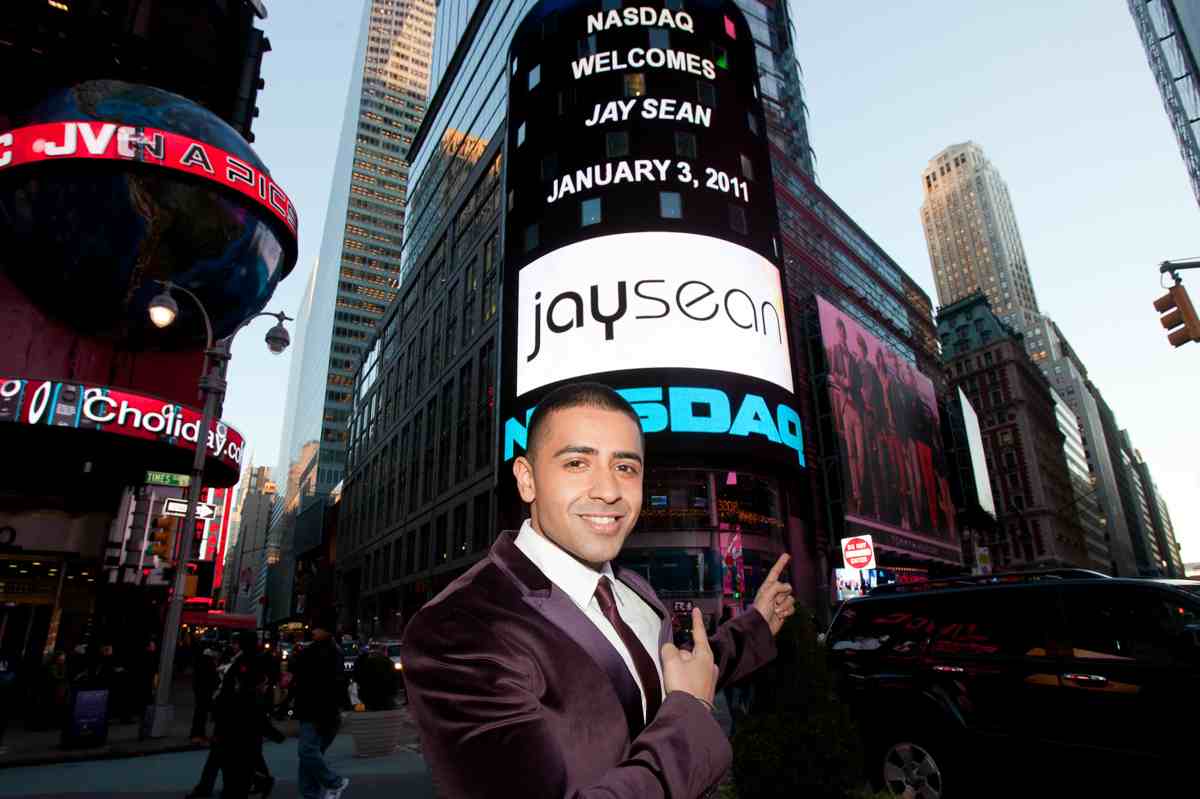 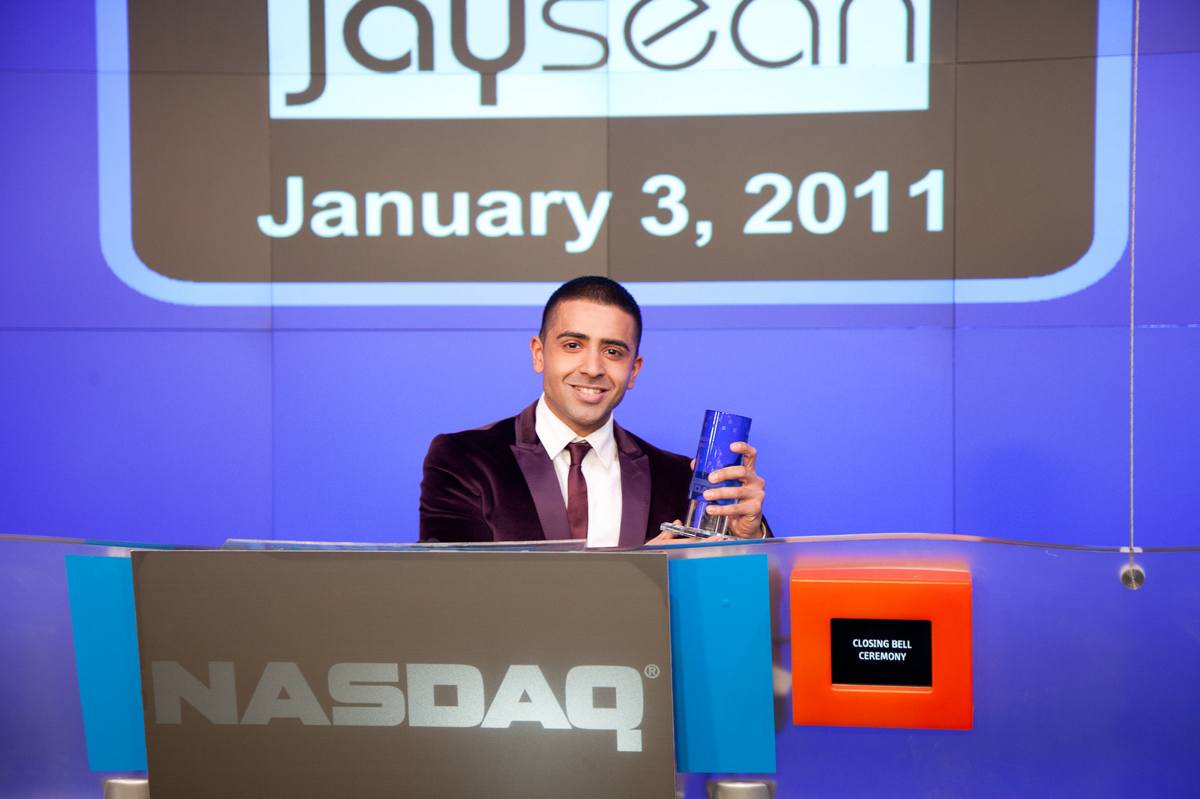 On January 3rd 2011, at 4pm, Jay Sean, the British Indian superstar that is now a global name, rang the first closing bell of the year for NASDAQ.

“Last year, I got to work with some of the coolest artists in the world!” Said Jay Sean. “From Nicki Minaj to Mary J. Blige, last year I shot six music videos, many of which will come out early in 2011, including my duets with Alesha Dixon from the U.K. and Jessica Mauboy in Australia. I also got to do my fourth song with Lil Wayne which featured on his I Am Not A Human Being album!”

His highly anticipated next album “Freeze Time” will be released soon this spring!

Jay even posted a message on twitter, writing “This is for you baba!” a tribute to his grandfather who unfortunately passed away this year, along with this picture.

In an interview with MTV Jay Sean said

“My granddad’s motto was ‘Don’t worry man, be happy,’ (which explains the ‘be happy’ message on the screen) and I want to live like that from now on, to just not sweat the small stuff and be grateful for what we do have. And to just have fun and enjoy it all!!! Life is about the journey, not just the destination, so I take a lot more photos now so that I can remember all the moments. I’m gonna take on 2011 for everything it throws at me and OWN THAT BIYAAATCH!! I ended 2010 with a bang (and a disgusting hangover) by performing in Vegas for NYE and kicked off the New Year by ringing the closing bell on the first day of trading in 2011 at NASDAQ in Times Square, New York — my unfortunate mug on a GIGANTIC screen in the middle of Times Square, right opposite Diddy! Madness!! 2011 is going to be amazing, I can feel it.”

What a sweetheart! We wish you lots of luck for 2011 Jay! You’re going to kill it!