Many Bollywood and television personalities have joined Narendra Modi’s Beti Bachao Beti Padhao movement and now the Sufi singer, Kailash Kher has recently extended his support towards the movement. He has taken a stand for the unjust plight of women in India. 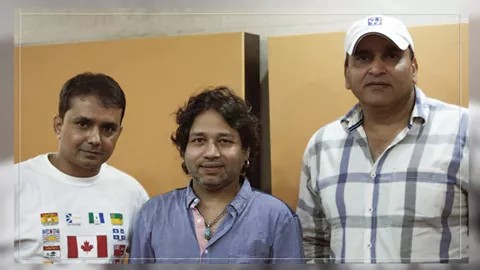 According to sources, the campaign is for the encouragement of education for women and banishment of medieval notion of female foeticide. The singer recently sang a song titled Beti for an upcoming movie, Woman From The East. Kailash Kher feels that the world has been very insensitive to women, especially daughters. He feels women haven’t been credited for their work towards society and are often looked down upon. The whole aim of the song and the movie is to get rid social biases and to have equality and positive outlook towards life.

Madhuri Dixit-Nene has been appointed as the brand ambassador of the Beti Bachao Beti Padhao campaign.

The film, Woman From The East depicts the plight of a poor Indian woman, who is marketed as an animal and is made to feel like an alien in her own country. Stereotyping women and gender discrimination has been a common topic for many years and the movie showcases that with the intent of raising awareness to eradicate it. The film has been directed by Jeet Matharru and was released on March 6th.