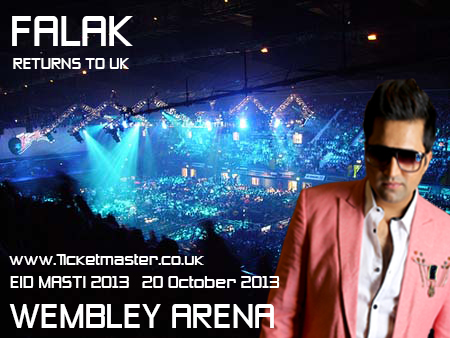 Falak will be performing at Wembley Arena on the 20 October 2013 at the EID Masti Show alongside Abrar Ul Haq, Shafqat Amanat Ali, Sajjad Ali and Many more.

“I am very glad to be returning to the UK & I have a very big set prepared for all my UK Fans – I can not wait to jump on stage and make every one dance.”

This will be a performance to look out for and we just can’t wait!