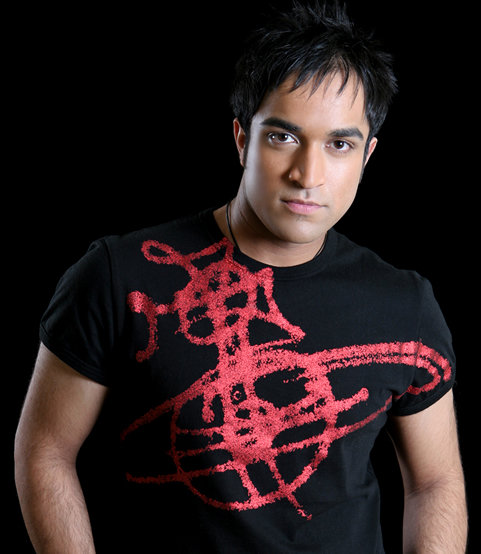 UK singer / songwriter, Navin Kundra, has been the talk of the town since he made his debut on his 19th birthday, representing the UK, in Sa Re Ga Ma Pa Dubai.  There, he impressed the likes of stalwarts like Sonu Nigam, Jagjit Singh, Ghulam Ali, Shaan, OP Nayyar, and Zakir Hussain.  Success followed as Navin went onto win BBC Asian Networks’ Unsung 2005 competition.  Things have only gone uphill for this amazing singer since then.  He’s been praised for his ability to seamlessly shift from modern pop tunes to classical numbers.  He’s definitely the poster boy for the neodesi trend as we know it.

Navin’s first hit single was “Tukde Tukde” (pieces)!  Back in the day Navin sported a curlier hair style (his natural hair).  Now, Navin’s back with a new look and a new single –  “Jee Le” – which released July of this year.  His curls may be gone, but he’s still looking handsome as ever, and of course, his music is still amazing!  “Jee Le” has been going strong on charts across the UK.  In fact, it is in its 3rd week at #1 on top radio station Sunrise Radio in the UK!   This becomes Navin’s 3rd single to take the charts at #1.  Earlier, “Tere Liye” spent 12 weeks at #1 in the UK across the charts and even was a #1 hit in South America!  His first single “Tukde Tukde” spent 3 week’s on Sunrise Radio at #1.  Let’s hope that “Jee Le” gets as much success, if not more, than his past singles.  Plus, if you haven’t seen the video, you should because it’s the first time you get to see Navin dance!  The boy can move!  It’ll definitely make all you ladies swoon!

Navin is one star that is definitely going places.  Keep checking back on UrbanAsian.com to stay up to date on Navin!  What do you think of his new video?  Do you miss his curls or are you a fan of his new look?  Let us know!