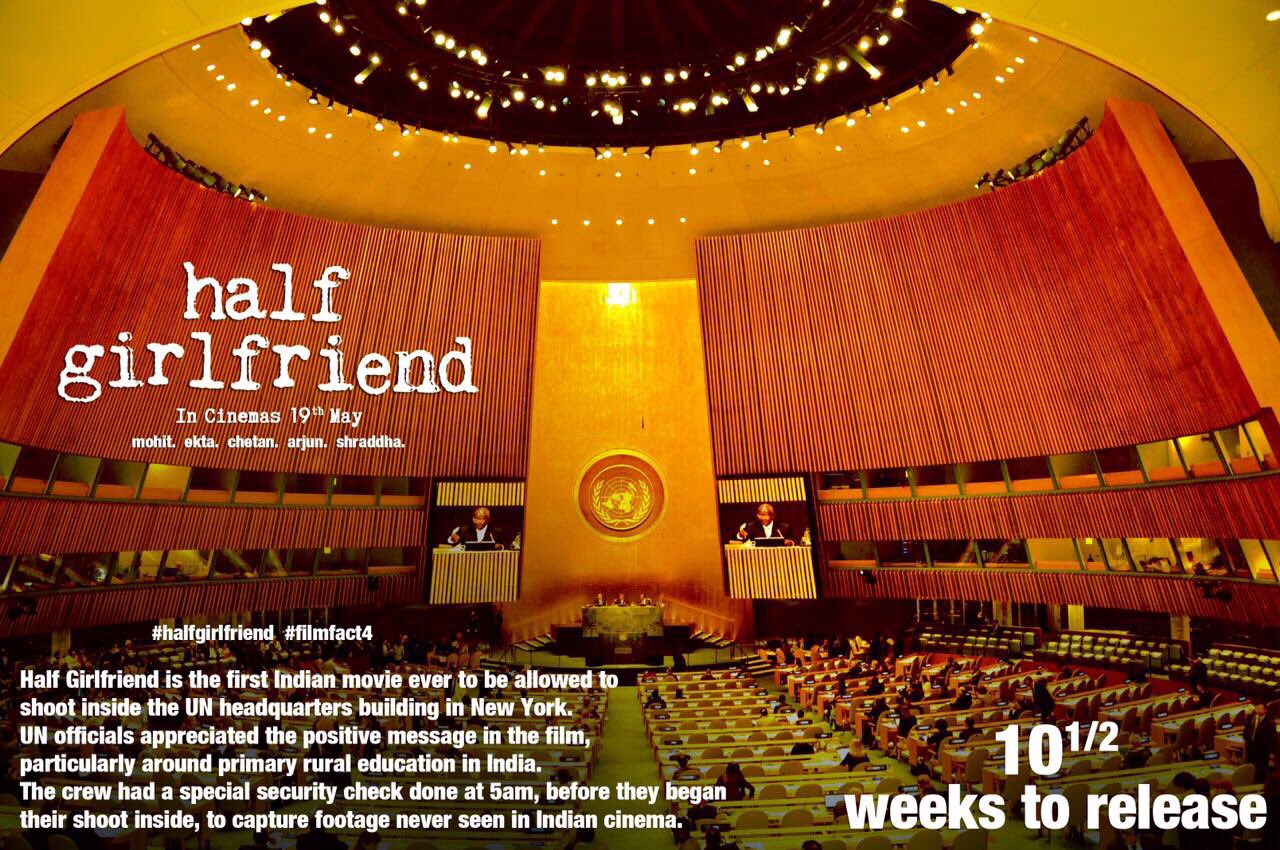 With just 10 and a half weeks left for the release of Arjun Kapoor and Shraddha Kapoor starrer ‘Half Girlfriend’, Chetan Bhagat reveals yet another intriguing fact about the film. This morning, he tweeted an image that said Half Girlfriend is the first Indian film ever to get the permission to shoot inside the UN Headquarters in New York.

The tweet further elaborated that UN officials appreciated the positive message in the film, particularly around primary rural education in India.  The crew had special security check done at 5am before they began their shoot inside to capture footage that’s never seen before in Indian cinema.

Directed by Mohit Suri, Half Girlfriend is an adaptation of Chetan Bhagat’s eponymous novel and is slated to release on May 19, 2017.