What does the word “Dance” mean to you? To some of us, it means to move rhythmically to music and have fun with it, and to others, it’s a passion, a hobby or even career we pursue.When I first saw their video on my Facebook feed I was amazed by their dance moves and loved the part about adding a little fusion to their classical training. I had the lovely chance to interview the talented twin sisters Poonam and Priyanka Shah who has created a special place in everyone’s heart and keeps amazing their fans with their gift. Check it out, 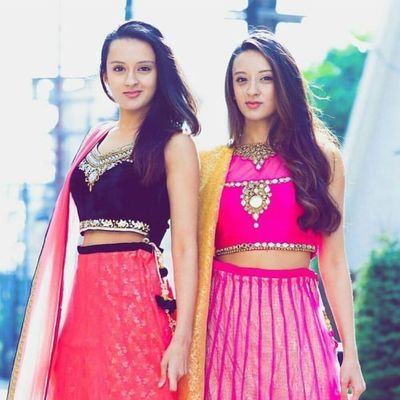 When did you two first start to dance?

We started training in Bharatanatyam at age 9 and continued until college, so 8 or 9 years. We didn’t like it at first, but it grew into a beautiful way for us to keep connected to our Indian heritage and culture. In college, we were on a competitive Bollywood-fusion dance team for 3 years too! We’ve dabbled in a lot of styles, but we liked Hip Hop the best and we spent a few months in LA learning that recently!

What are you two trained in?

Bharatanatyam is our dance base and we’ve been properly trained for 8-9 years. 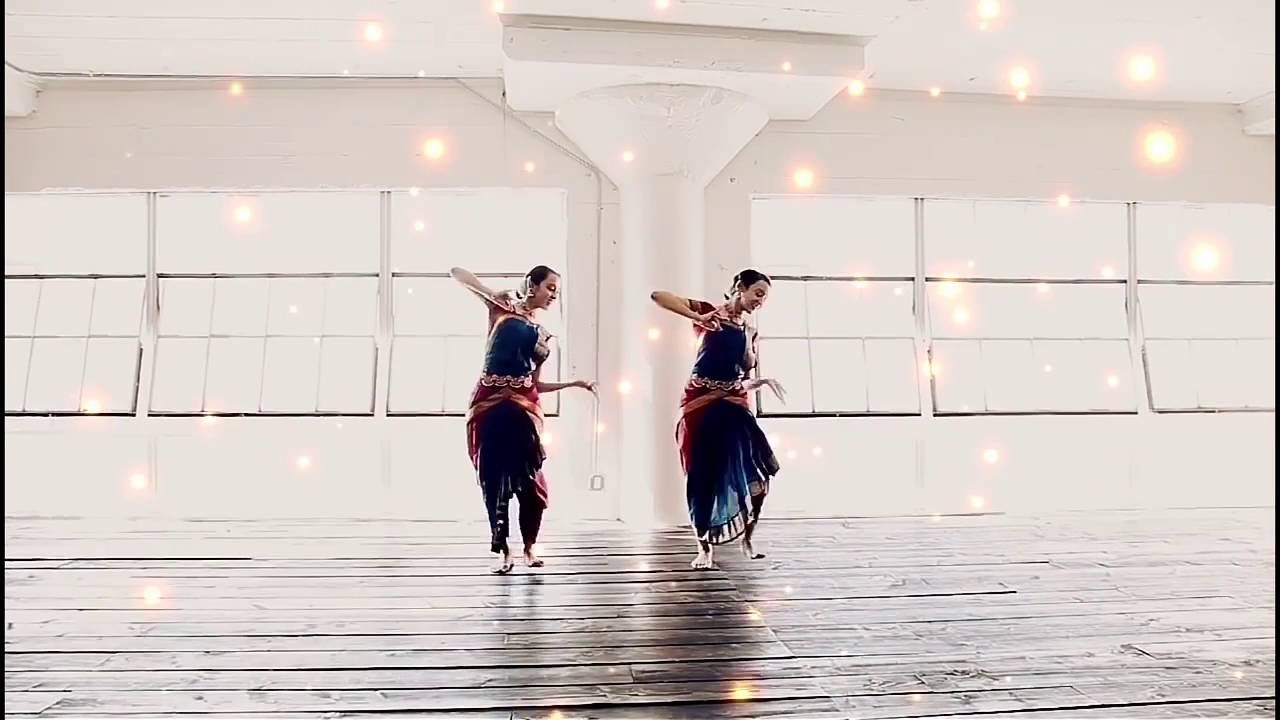 Due to you two being twins has it been difficult for people to differentiate?

That’s a funny question because it depends on who you ask! So, in the beginning, people think we’re identical and two weeks later most people think we’re completely different- personality wise and looks wise! After you get to know us for an even short amount of time, you can differentiate on our personalities and looks.

What makes you two sisters different?

As far as twins go, we are fairly similar. But even the most similar twins have their differences! Generally, Priyanka is more outgoing and likes bold fashion choices, while Poonam is more reserved and prefers girly fashion choices. We are different in how we work, and many times, even how we learn the dance! But we make a good team.

When you were asked to participate in the top reality dance show Jhalak how did it feel?
We were very surprised, considering we have We were very surprised, considering we have ways to go when it comes to the word “celebrity”! But we were humbled of course, and it was an amazing opportunity for us so we took it! It is truly an honor performing alongside and in front of renowned actors and celebs. 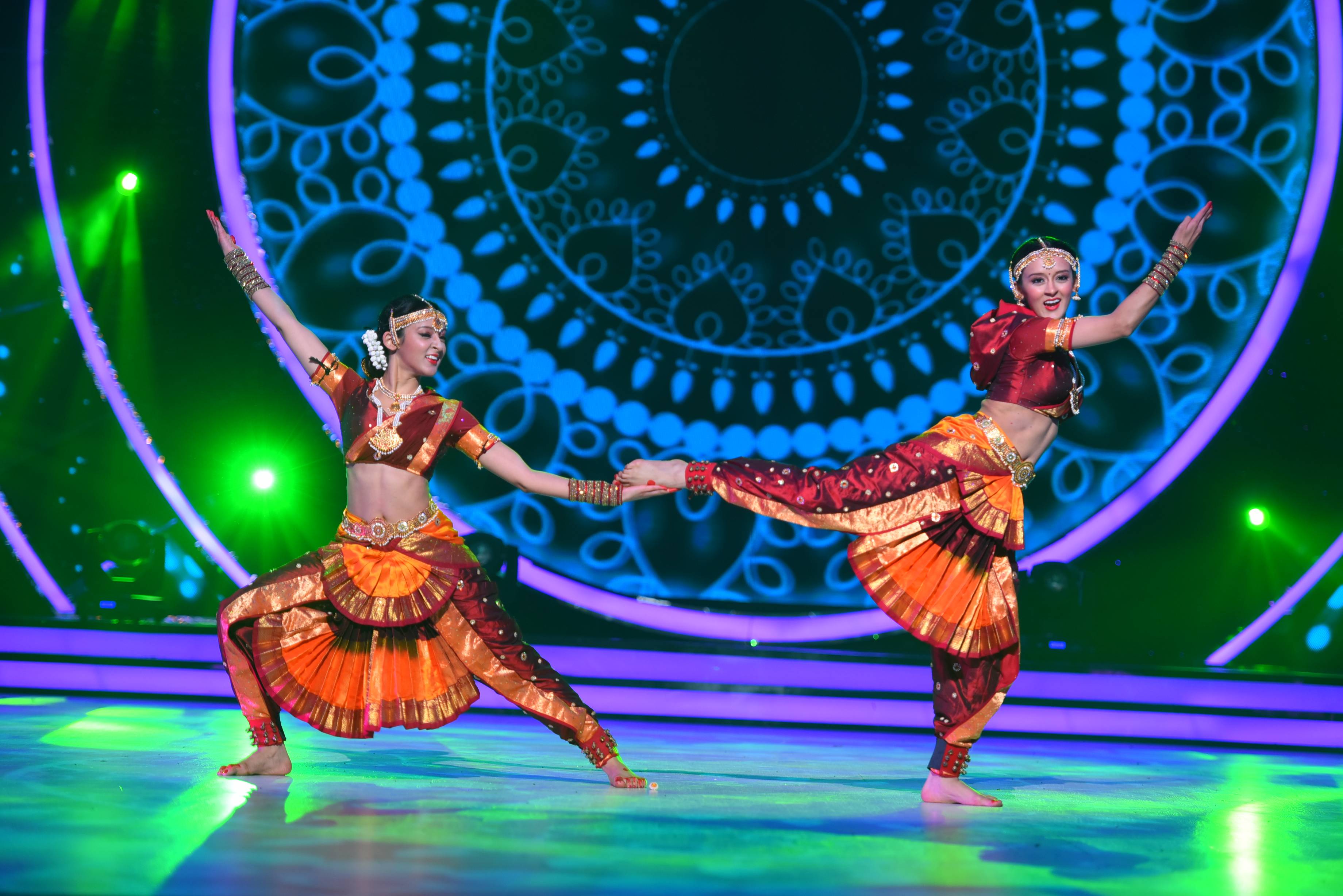 Has it been hard to get along and connect with everyone on the show?

Not at all! We call ourselves a family, and at the end of the day everyone only competes with their own performances on this show. Everyone has been welcoming and very friendly 🙂

If you win on the show Jhalak what are the future plans for the two of you?

Jhalak Dikhhla Jaa is a platform that has helped many celebrities’ careers, and we are looking to build our brand “Poonam and Priyanka” and take it to new heights! From our crazy experiences with viral videos becoming ads, and being called on Jhalak Dikhhla Jaa, who knows what the future holds, really? Life’s crazy!

How are you liking your experience so far in India so far?

Can’t say we don’t miss America now and then, as this is the longest we’ve been out of it! India is great, though, as we have so many relatives and friends here. Our favorite part of coming to India is meeting awesome people here! 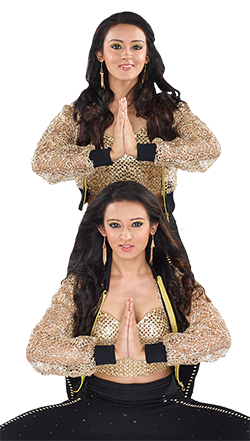 What made you think of the creative idea of fusing classical and pop together?

We have been influenced by Fusion all our lives, as our first Bharatnatyam teacher Mohana Swamy actually choreographed pieces where she put Bharatnatyam to soundtracks like Pirates of The Caribbean, very innovatively! Since then, we have also been part of the US collegiate Bollywood-fusion dance circuit where Fusion is very much alive and thriving! It only seemed natural to keep experimenting, as you can see on our Youtube channel!

Did you ever feel that people wouldn’t like it when you uploaded your first video?

No, we never had that fear because we only make content when dance inspires us, and as long as we are happy with our work, we are satisfied! It’s enough to know that you have produced something you can be proud of!

What inspired you to take the passion of dance as a hobby?

Actually, our mother put us in Bharatnatyam lessons when we were 9. We’ve been dancing ever since! Can’t imagine life without it, now! 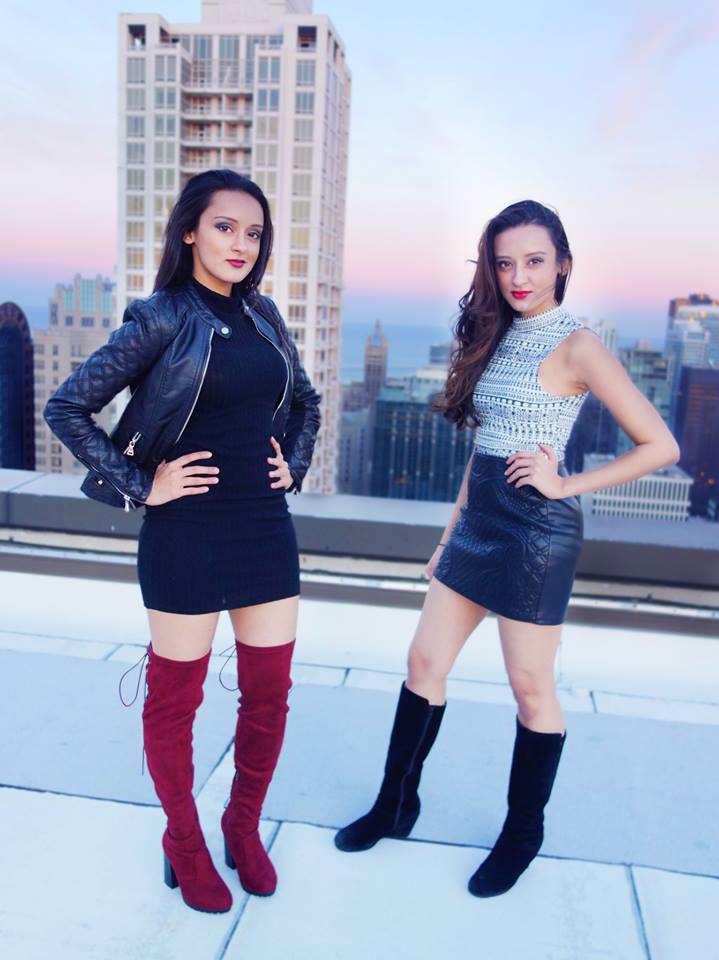 Who would your favorite actress be?

Our favorite actresses are both Kajol and Madhuri! To us, Kajol is the personality that defines Bollywood, we love her! We respect Madhuri a lot too because she took Bollywood to new heights, with her dancing and expressions! And with originality, something that is difficult for most actresses to achieve. Nobody can beat these two icons!

During the monsoon season, what is your favorite food to eat?

Well considering this is the first monsoon season we’ve been a part of, we’d just like to say anything that cools us down and relieves us from this humidity! Don’t know how people here get used it, we certainly can’t!

Be sure to catch these talented and inspirational beauties on the best dance show ever Jhalak Dikhhla Jaa every week only on Colors. Good luck and all the best Poonam and Priyanka.
Please follow and like us: