San’ 75 is a stepping stone into the genre of period thriller, which has seldom been explored and carries a huge youth connect. The film’s plot revolves around a deal of the first mobile phone (prototype) in India, initiated by Prince, which arrives from Germany. This deal is of great interest to intelligence and security agencies such as the RAW, military, and the police, as they all are trying to manipulate each other to control the deal which holds the key to the future. They try to hijack the prototype by outwitting each other. Few of the pawns they use in their manipulation are two seasoned criminals who also want a cut of the pie. 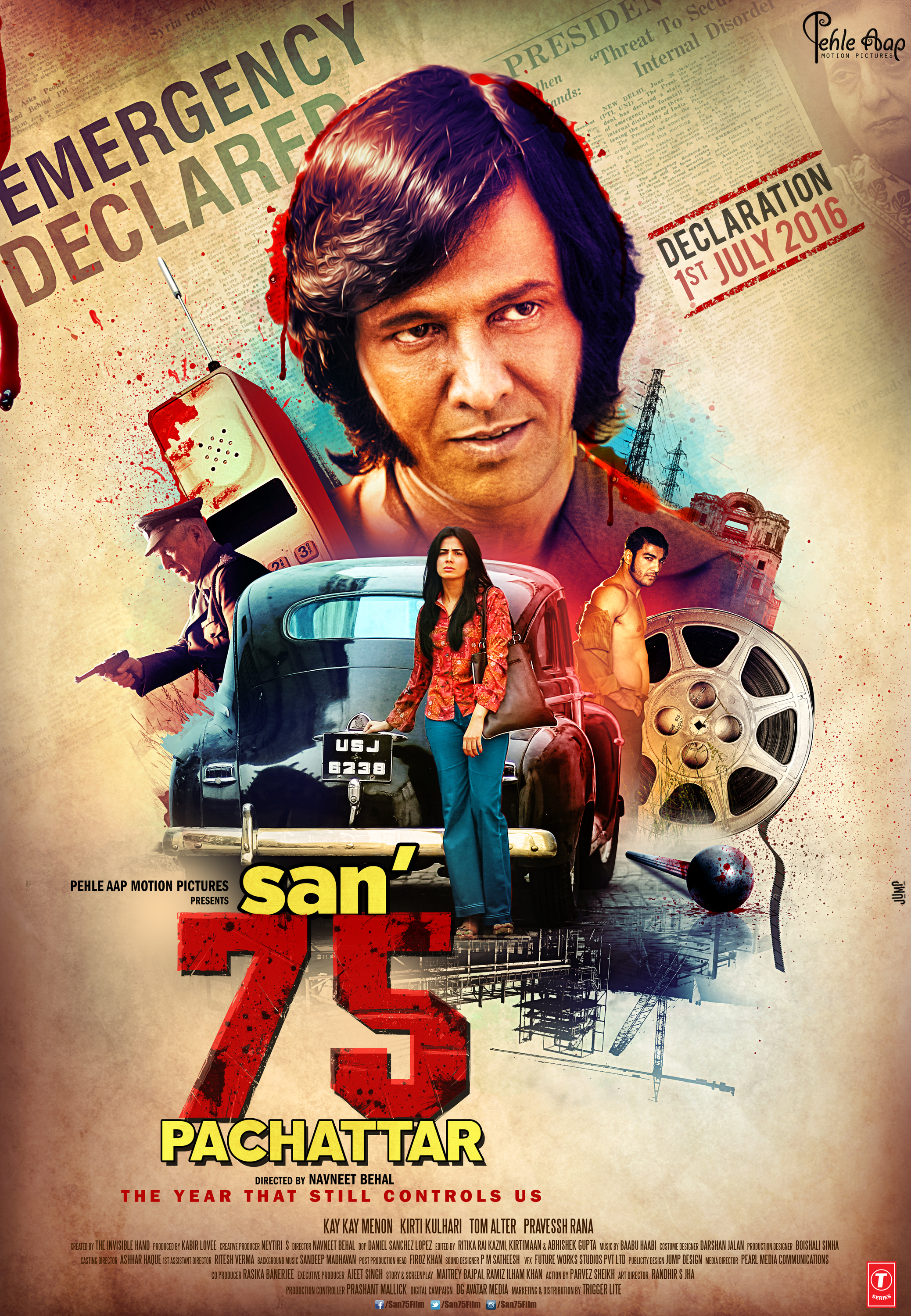 The film’s title San’ Pachhattar comes from the timeline of its story, which starts from June 25th, 1975, the day of Declaration of Emergency in India. While the emergency proved to be an instrument for the suppression of the right to freedom of speech and expression in Indian politics, the mobile telephone proved to be a harbinger of an era with free flow of information and thoughts, which has a wide appeal and attraction for the youth. The mobile phone itself is the most essential component in the film’s payoff.