MTV Roadies x2 an Indian adventure reality show that begun its journey with lot of transformations compared to previous seasons is the number 1 TRP rated show currently. It has been declared that Roadies x2 has extended its journey till June due to varied reasons. 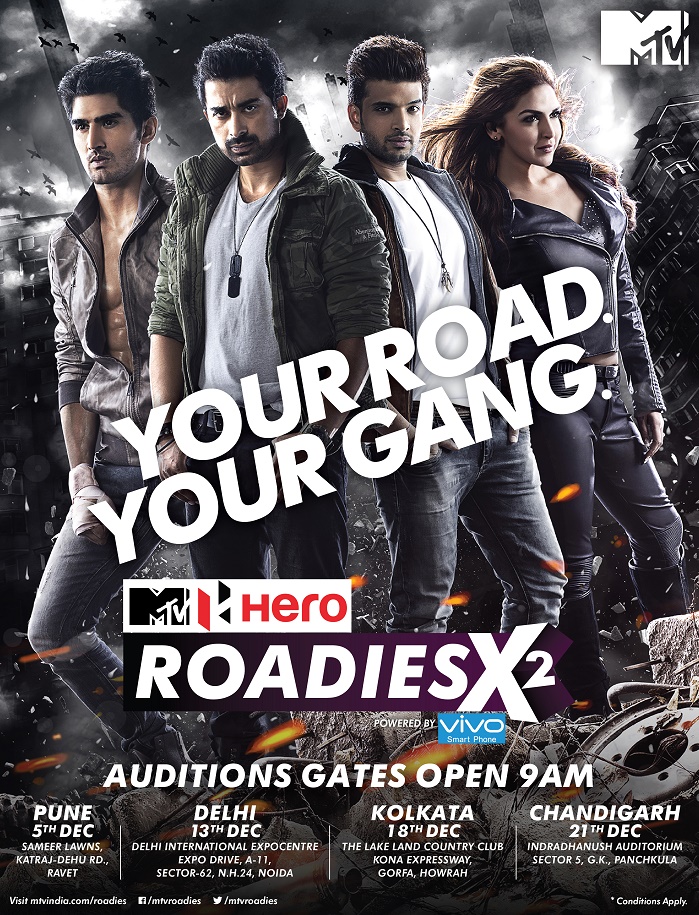 The reason being the panel of the judges of the show, where we have three hot men at the helm of things in Roadies namely Rannvijay Singh, Karan Kundra and Vijendra Singh and along with them we see real Esha who with her attitude has won the hearts of the contestants as well as viewers. Also the channel thought it is wise to have the trusted Rannvijay Singh as the most experienced judge. The competitive spirit has lingered among all the judges throughout all the episodes. And the gang members of each judge have been imbibing their disciplined lifestyle. They are representing the judges who have selected them and made them always proud.

Other reason being the format of the show that is just not the same compared to previous seasons but has hit rock bottom and at least some of the old traditions of the show are still being maintained. Also the judges didn’t stop taking the contestant’s case which is believed that always made the show interesting. Also the consumption for the roadies on internet is huge and it’s always a brand. While Roadies has been around for a considerably long time and is perhaps one of the most popular ones among youth today.

“It’s really exciting to see the popularity and love that the show has received. Due to its demand, the duration for ‘Roadies X2’ has been extended. It’s amazing to be a part of this journey. Also all the gangs are really enthusiastic and geared up for the finale and the journey has become even more challenging now. So I’m really looking forward to the tasks ahead. Let’s see where this journey takes us.”