Alia Bhatt blew on to the big screen as Shanaya in Karan Johar’s Student of the Year. An actress that looked like just another pretty face surprised audiences with her versatile acting skills! The young actress has bagged the Best Actress award and pumped out mega hits like 2 States, and Highway. Currently she’s working on two more big films, Shandaar and Udta Panjab. It is no surprise why Miss Vogue decided have Alia Bhatt grace the cover of their first edition in India! 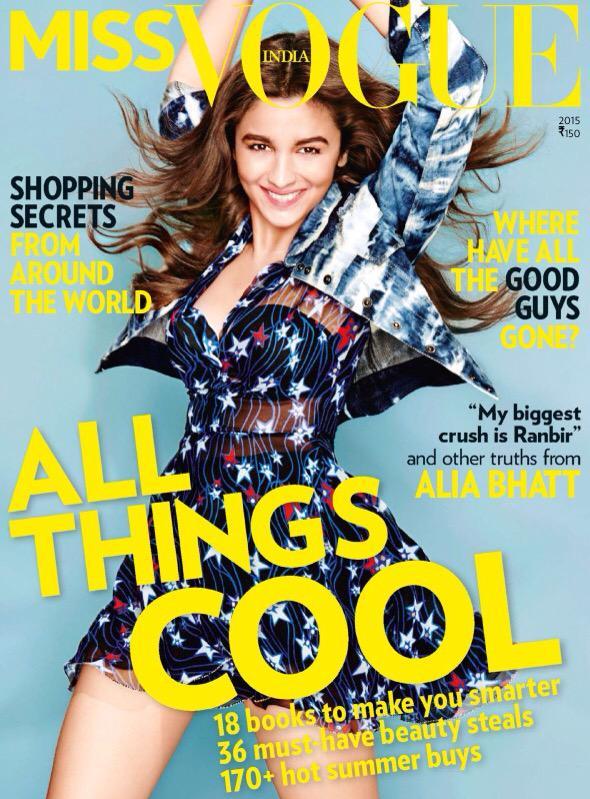 Sassy, young and talented Alia Bhatt looks adorable on the cover! the magazine also features a full spread on the actress. They even launched a funny video with behind the scenes footage from the photo shoot to promote the magazine. Check it out!

They held a special launch event for the debut of the magazine as well. The launch event was at the Palladium Hotel in Mumbai. At the launch Alia Bhatt spoke highly of the Miss Vogue magazine saying,

“From summer style essentials and everything that’s hot for the tech-savvy teen, to pop culture that gets people like me ticking, Miss Vogue is the ultimate guide to cool. I’m really happy to be the first Miss Vogue covergirl.”