The lovely Parineeti Chopra announced earlier in the day that she had a special announcement, it seems that this exciting news was that Pari is now the brand ambassador for Siyaram Women’s Wear! The actress and model tweeted,

Presenting to you the first brand ambassador of Siyaram’s women’s wear Siya! – Me !!Sooooo proud to be a part of such an iconic brand 😀

Later on Parineeti even posted an exclusive picture from the shoot! She revealed the sneak peek on her Twitter account. She looks stunning with neutral make up in a pastel colored outfit with gold detail, just take a look for yourself! 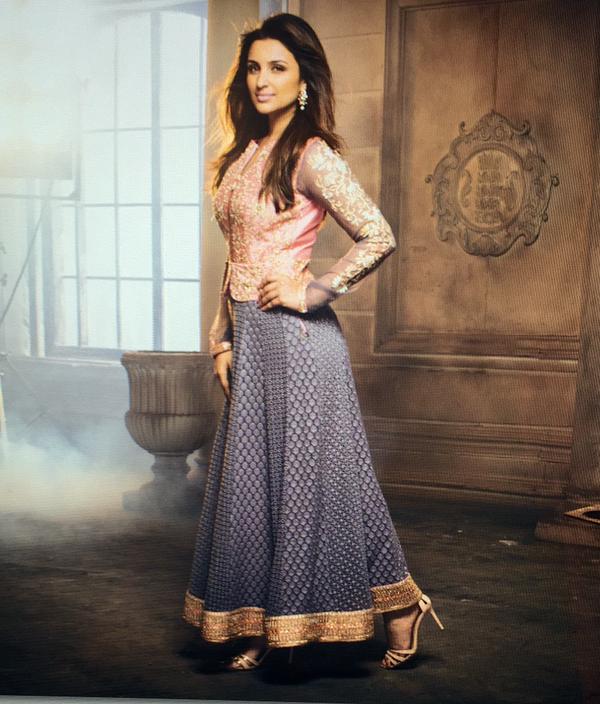 Bollywood’s quirky sweetheart is the perfect brand ambassador! The actress has been working on other conquests as of late and hasn’t come across any scripts that spark her interest but we’re dying to see Pari back on the big screen so hopefully she’ll rope in another hit for 2015!