We all already know that being a versatile actor and singer Ali Zafar is an artistic mastermind, but as much as the actor enjoys performing he also enjoys watching other brilliant plays and actors. Recently he went to watch “Sawa 14 August” a play written by Anwar Maqsood. The actor was thrilled and excited to see the play as he is very much interested in local theater and a big supporter its revival. He even tweeted his eagerness for the play. 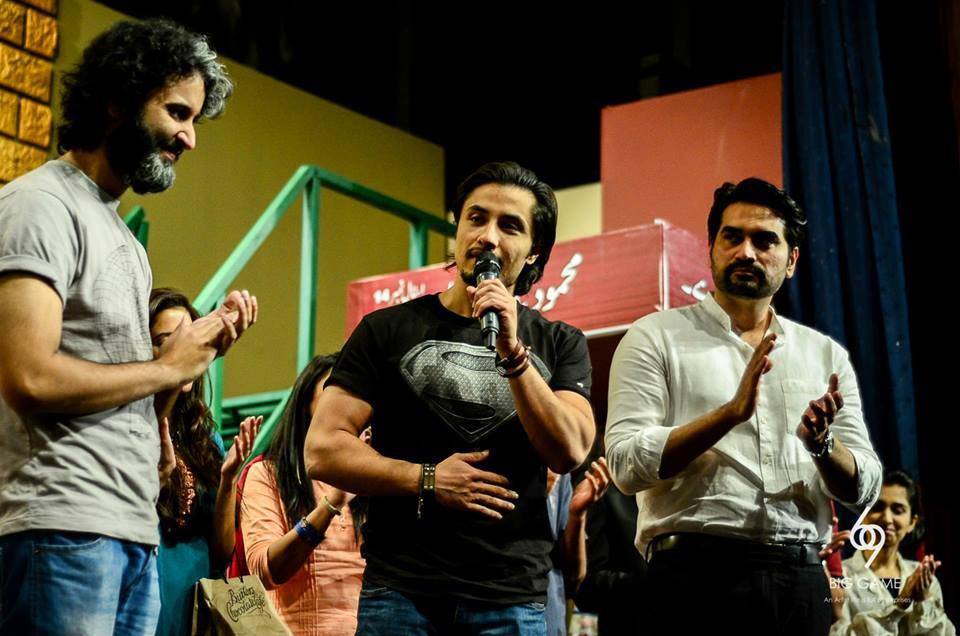 When Ali entered the auditorium he found saw that it was already jam packed with crowd. It was so crowded that Ali had difficulty finding a seat, as all the seats were occupied. So the award whining and acclaimed actor humbly sat down on the auditorium floor to watch the play unfold. He was so modest and down to earth in his actions that nobody in the auditorium even knew he was there. It was only later that they realized that Ali is among them, upon this they invited him on the stage at the end of the play.

Ali has termed the play as brilliant and says

“It’s an honour to see a play written by Anwar Maqsood, I always support local theater. Whenever I am in Pakistan I do visit art and cultural places.”

What a refreshing and humble star he is not to fuss about himself. Who knew his passion for art ran so deep.