Bringing a unique sound to Desi music, known for his eclectic fusion of electric sounds and raw folk Jr Dread is BACK with his forthcoming album Folkin Bass. The 8 track album hosts the legend late Surjit Bindrakia’s vocals alongside, Ashok Gill, Surinder Shinda and Amrita Virk plus many more.

Born and raised in Birmingham, from a young age Jr Dread was exposed to all forms of cultural music, mostly the sounds of Reggae from the Afro-Caribbean community and Bhangra/Hindi from the Asian community. Also during his school years he fell in love with the sounds of heavy metal/EDM  and so a diverse fusion taste was born. Inspired from  the producers of experimental sounds, from the Asian Underground scene, to Tru Skool Tigerstyle, PMC, Diplo, Andy Sneap, King Tubby, Lee ‘Scrath’ Perry, Rick Rubin Dread has also Dj’d across the world from, Spain, Portugal, Germany, Italy and Morocco – mostly at events designed to be culture/music mashups with me representing the alternative Asian sound. 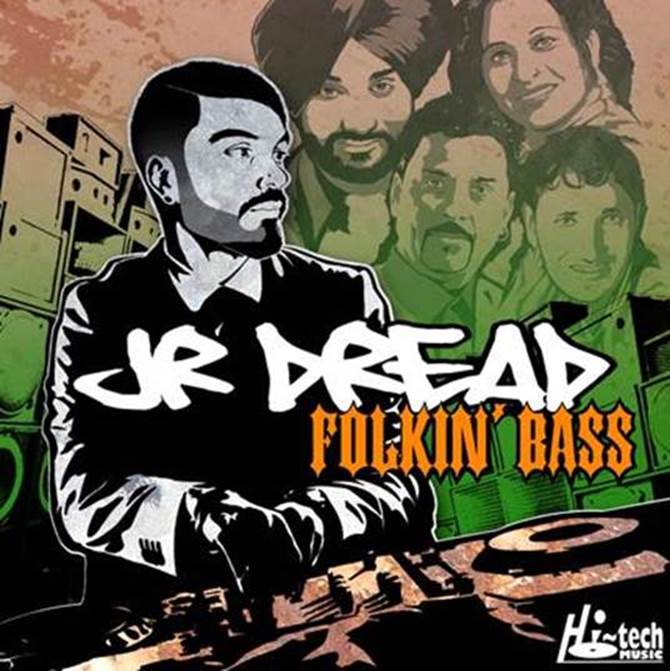 Folkin Bass took two years to complete with each song being produced to perfection using a variety of musical instruments and beats, such as using the classical sounds of a Sarangi against a droning dubstep bassline. The most awaited song is traditional ‘Balle Balle Boliyan’ featuring the late legend Surjit Bindrakia, Ashok Gill and Bakshi Billa. The  Balle Balle Boliyan is a fusion of traditional beats and a powerful resounding deep bass. The song is no doubt going to work a treat on dance floors across the globe.

“I’ve always wanted to make a Boliyan, the energy of the music and the synergy of a combined vocal ensemble stirs deep emotions. My label asked if I wanted to do a Bindrakhia tribute as it was his Boliyan that made me first raise my eyebrow into how powerful such music could be. I was highly honored to be given such as demanding task”  ~Jr Dread

The album features Jogi, Jarnail Kaur and Nachu Sara which hit the charts worldwide and caused a lot of interest on the Bhangra and underground scene. The variety of singers and genres is what makes this album different and exceptional.