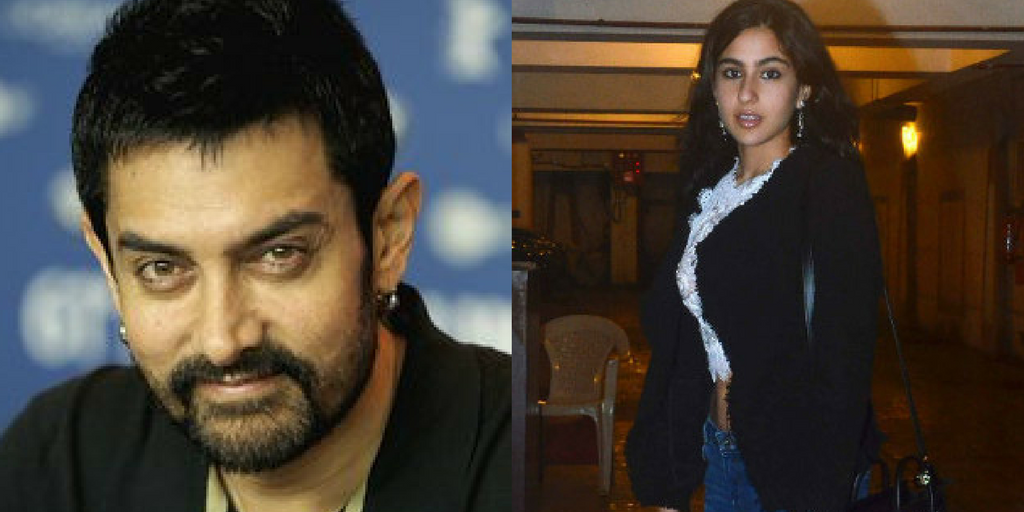 We all know that Saif Ali Khan’s daughter Sara Ali Khan is soon going to make her debut in Bollywood. And it seems that she will be stepping into Bollywood with Aamir Khan and Amitabh Bachchan starrer ‘Thugs Of Hindostan’. The Yash Raj Films project is all set to hit the floors in a few months and while Aamir has already begun his preparations, the makers haven’t yet finalized a leading lady.

There are reports that Aamir wants Sara Ali Khan in the movie. The actor is keen on a much younger face for the movie. First he wanted to cast Alia Bhatt but now he is keen to cast Sara. In fact, it could be the best debut anyone has ever had!

So, will Sara make her debut in ‘Thugs Of Hindostan’? If yes, it will be a dream-come-true for her!