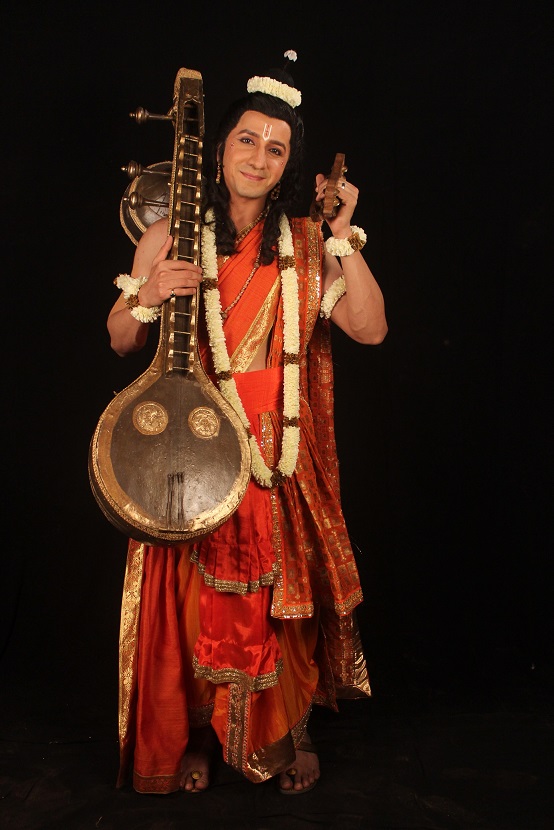 Actor Vijay Badlani is currently playing the role of Naarad in Siddharth Kumar Tiwary‘s successful show ‘Karmphal Data Shani’. Very few people are aware that this is the third time he is portraying this character on screen. Right now Vijay is also portraying Naarad in ‘Jai Santoshi Maa’.

Speaking on his connection with Naarad Muni, Vijay says:

“In Swastik Productions ‘Yam Hai Hum’ I have played the character of Naarad and during the casting of ‘Shani’, Siddarth Kumar Tewary called me as I had already portrayed the role earlier. Currently I am also essaying Naarad in ‘Jai Santoshi Maa’. I feel blessed that I am playing this character for the third consecutive time. The best feedback which I have got till date is from veteran actor Gufi Paintal. He told me, ‘If anyone can justify the character of Naarad it is you. You have done that with full honesty. Every day on set I touch Gufi Sir’s feet and then give my shot. This compliment means a lot to me.”

Vijay who belongs to typical Sindhi family had gone against his family to become an actor.

“Coming to this field was not easy for me as my family was against it and my parents wanted me to join the family business. But 6 years back I told my parents that I want to become an actor and my journey started. I have done shows like ‘Crime Patrol’, ‘Savdhan India’, ‘Tujh Sang Preet Lagai Sajna’, ‘Yam Hai Hum’ and ‘Jodha Akbar’ in which I played the character of Tansen.”