The makers of ‘War for the Planet of the Apes’ has released the poster and trailer of the film and it looks revengeful!

Check out the poster right away: 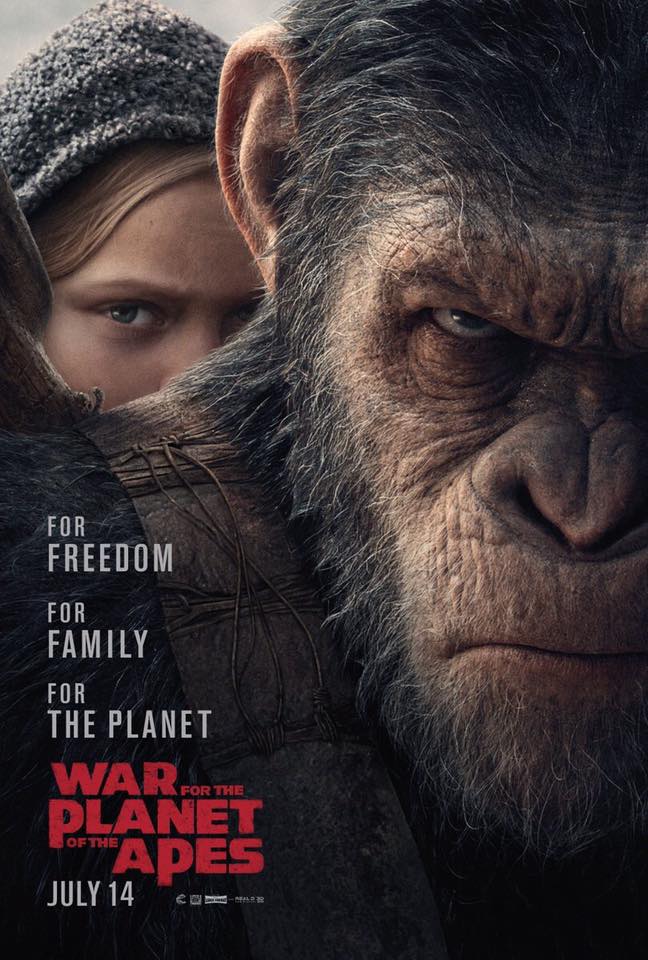 The trailer will for sure give you goosebumps and keep you hooked up.

Directed by Matt Reeves and written by Mark Bomback, ‘War For The Planet Of The Apes’ stars Andy Serkis, Woody Harrelson, Steve Zahn, Amiah Miller, Karin Konoval and Terry Notary. The movie is slated to release on July 14th, 2017.