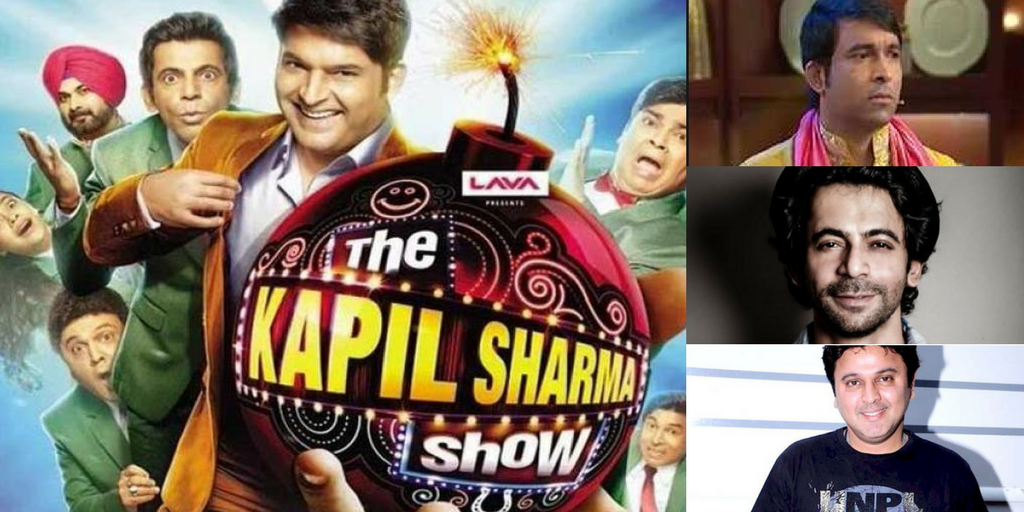 Kiku Sharda preferred to stay on the show. The other three comic virtuosos stayed away from the shooting of The Kapil Sharma Show in protest of Kapil’s unbearable in-flight drunken misbehavior with Sunil and Chandan.

Says a source from the comic team:

“Sunil has decided not to return to the show. He is contractually bound with the Channel (Sony Entertainment) and not with Kapil Sharma’s production house. Sunil has already made it clear to Sony that he cannot return to the show after Kapil’s unruly conduct.”

Apparently Kapil had told his team on the flight where the fight had taken place that he can get the show to work even if all his colleagues decide to leave, since the show works because of him and him alone.

Says a source close to the developments:

“Clearly there are major upheavals happening on The Kapil Sharma Show. Sunil won’t return. Ali and Chandan too, boycotted the show. That leaves only Kiku sharing the platform with Kapil. Of course, Navjot Singh Sidhu who is very close to Kapil, also remains. But for how long?”

Sources say the channel is keen to patch-up Kapil and Sunil. Kapil is also trying his best to convince Sunil but Sunil won’t budge.

Says a member of the comic team:

“Kapil can now invent a new line-up of comedians on the show and abuse them out of the show.”

The show will for sure go for in a loss if these actors don’t come back, right?