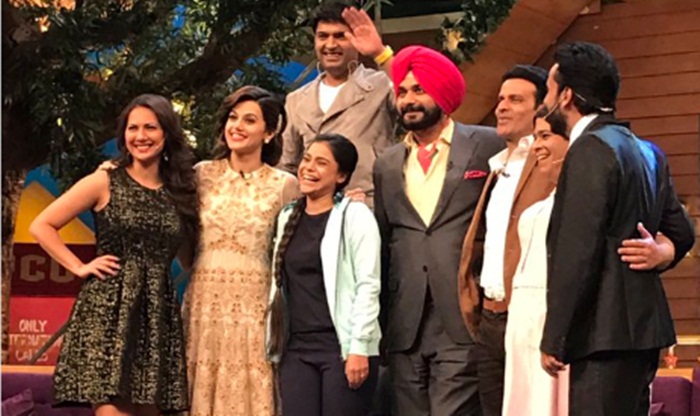 We all know that Sunil Grover has left the show after his fight with Kapil Sharma. Since then, Kapil and Sony channel are trying their best to bring back the comedian.

Ali Asgar and Chandan Prabhakar also boycotted the show because of Kapil’s rude behavior and it seems Ahsan Qureshi, Sunil Pal and Raju Srivastava were called in as replacement.

According to reports, after being ignored by Ali, Sunil and Chandan, the star comedian had an emotional breakdown before the cast of ‘Naam Shabana’. It seems Kapil cried in front of Manoj Bajpayee.

“I’m a servant and now I have well understood my status.”

“Will come to Delhi to meet you.”