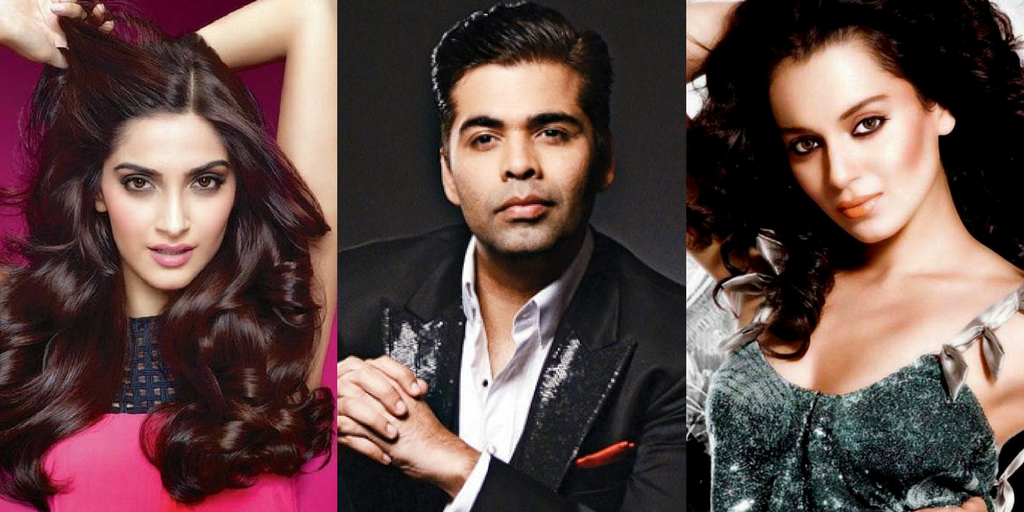 Kangana Ranaut and Karan Johar’s fight is now in front of the world. After her vicious attack on KJo on his talk show, the director hit back at the Queen actress and asked her to stop playing the victim card. While Kangana initially blamed Karan of being the flag bearer of nepotism, on hearing Karan‘s statement, she gave out a full-fledged interview lashing out at the Ae Dil Hai Mushkil  director.

Amid all this, here’s Sonam Kapoor who was asked about the fight during an interview. And she shut the whole episode with her brilliant and epic response.

“I said it was very entertaining. Every morning I wake up and it’s great bathroom reading. It’s mudslinging of the worst kind. I don’t know Kangana. I know Karan very well. I find Kangana very entertaining and that’s about it. I don’t want to comment on something that looks opportunistic, honestly. And I believe you are a feminist when you build other people up, especially other women. All I can say is that I respect the choices that she has made in her career till now. I made a decision when I was very young after my second or first Koffee With Karan – it was that I would not do mudslinging when other actors and actresses are concerned because I would not do it for TRP’s, I would not do it for a channel and I felt if I have to give an opinion or be opinionated, it would have to be for something that is relevant and I don’t think dragging someone down or criticizing someone or having this public spat – I find it very distasteful. You can set examples without washing your dirty linen in public.”

Well, we wanna know what Kangana has to say now!