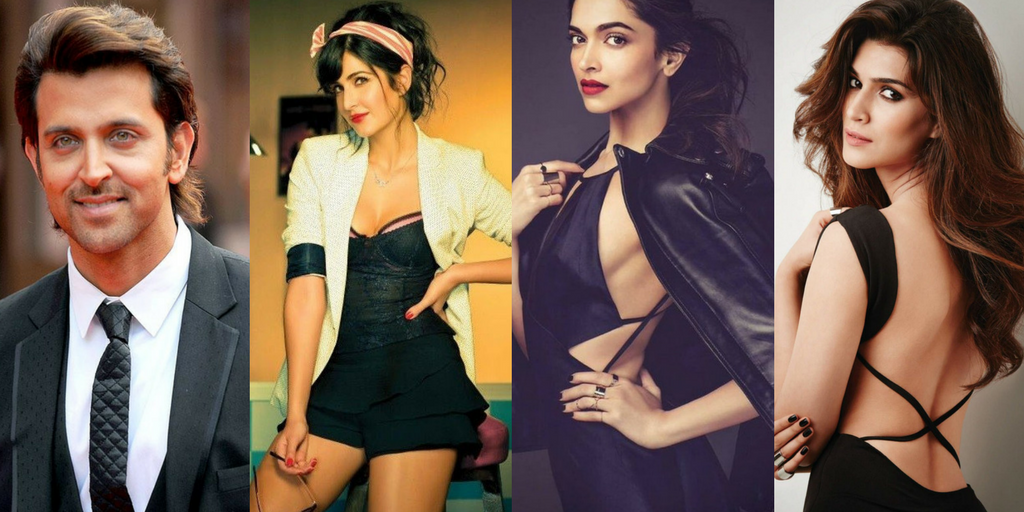 Hrithik Roshan recently confirmed that he will be a part of Kabir Khan’s next.  Reports say that Katrina Kaif, Deepika Padukone and Kriti Sanon are competing to play his ladylove in the film.

We have seen Katrina and Hrithik’s chemistry in Bang Bang and Zindagi Na Milegi Dobara, and they looked hot and was loved by the audience. But it seems that’s Kabir is slightly unconvinced by this jodi.  Her is why?

“Kabir is very close to Katrina. They are best of friends. But given the fact that, Hrithik and Katrina’s jodi has already been seen by the audience, he wants to experiment with a fresh pairing”.

So, it seems that Deepika and Kriti have more chances of bagging it than the Ek Tha Tiger actress.

“Working with Kabir is going to be fantastic. And I feel very assured (working) with Sajid.”

Kabir on his part had added,

“Hrithik, Sajid (Nadiadwala) bhai and I have been very eager to work together for a while now. So it’s happening, for sure.”

The source also revealed that it will be yet another war film for Kabir after Tubelight.

Well, who would you want to be paired opposite Hrithik?