Currently the ‘Robot 2.0’ team is busy with night shoots. Just two days ago, Rajinikanth’s fan club shared a glimpse of the superstar shooting at the Sholungur IT part in Chennai. But it looks like Amy Jackson has called it a wrap for Rajinikanth‘s 2.0 shoot. She shared a Snapchat story last night stating this – Feeling Fabbb, it’s a wrap on Robot.

Check out the image: 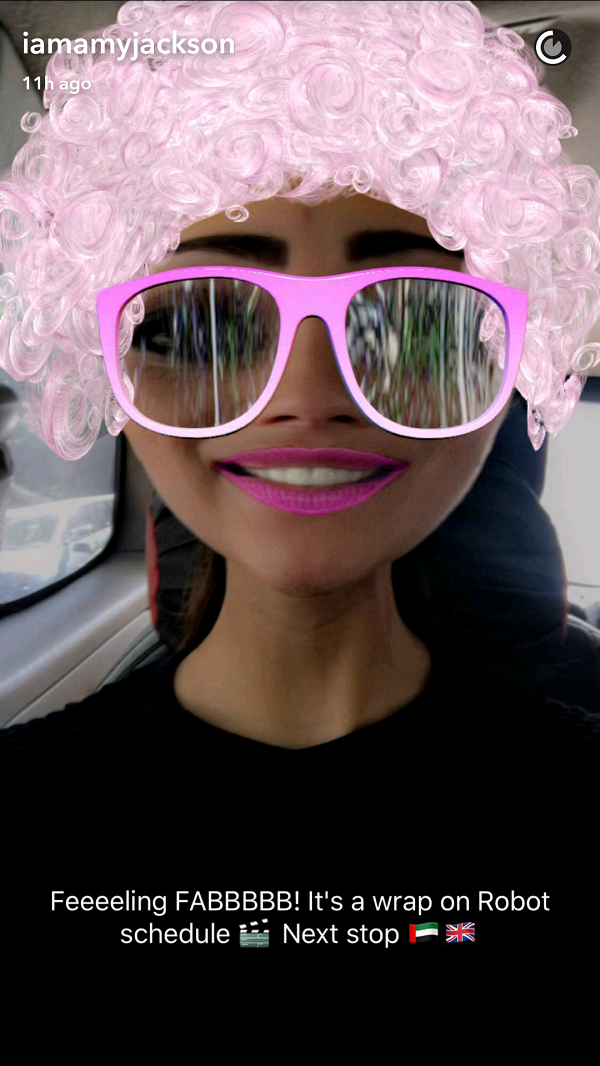 Well, in 5 days we will finally get to see the much-awaited teaser of 2.0. It will be unveiled in a grand event in Mumbai. Fans have been waiting for this moment. For all the Rajnikanth fans, we will be seeing him in a triple role – Dr Vaseegaran, Chitti the robot, and in an evil avatar. That’s not all; the movie also stars Bollywood’s Khiladi Akshay Kumar. He will be playing Dr Richards who turns into a crow as a result of a wrong experiment.

Well, we can’t wait to catch the epic face-off between the two actors.