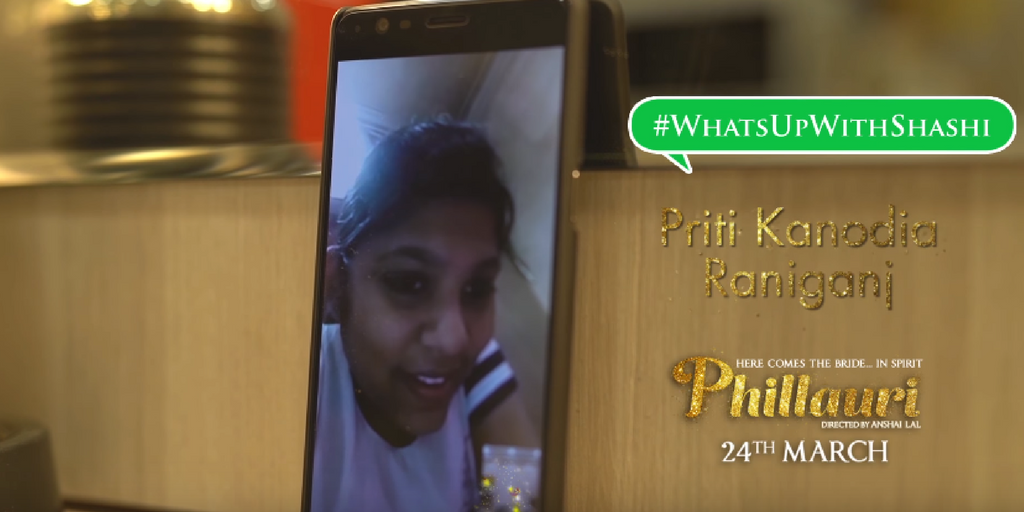 The makers of ‘Phillauri’, in which Anushka Sharma plays a friendly spirit, had released a WhatsApp number where fans had got the opportunity to interact with the bride in spirit through a video call.

The WhatsApp number +91 9867473178 was released, where fans had send in wacky messages, images, and videos explaining why Shashi should call them; the lucky winners would get to talk to Shashi.

Shashi made her first WhatsApp video call to a winner of the #WhatsUpWithShashi contest, Ishaan Sharma.

And now the makers of ‘Phillauri’ have released another video of Anushka Sharma aka Shashi talking to another lucky winner of the #WhatsUpWithShashi Contest.