If you never got to witness the much loved rock film, Rock On then you are missing out on one of B-towns best exquisite films ever.

The film not only let’s you appreciate the art of rock music, but has such a beautiful story you wish the story never ended. And technically it hasn’t because the crew is back with a second one, Rock On 2!

Earlier in the week, the cast released this image below. The image features, Farahan Akhtar back as Aditya Shroff, Arjun Rampal returning as Joseph Mascarenhas, Purab Kohli as KD! The image below also features two new members of the band, Shashank Arora as Uday and Shraddha Kapoor as Jiah Sharma! 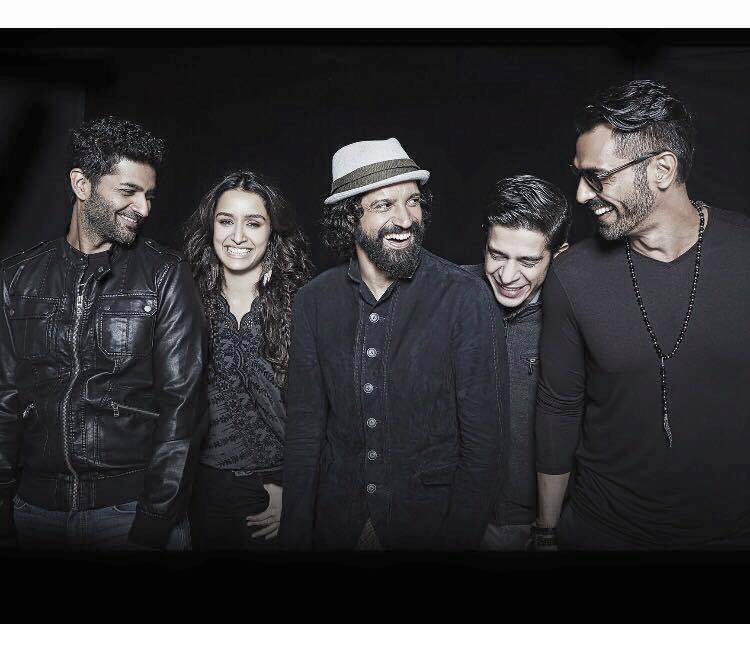 but this isn’t even the real poster! This is just the first look…

Here’s the first poster which released on September 2! 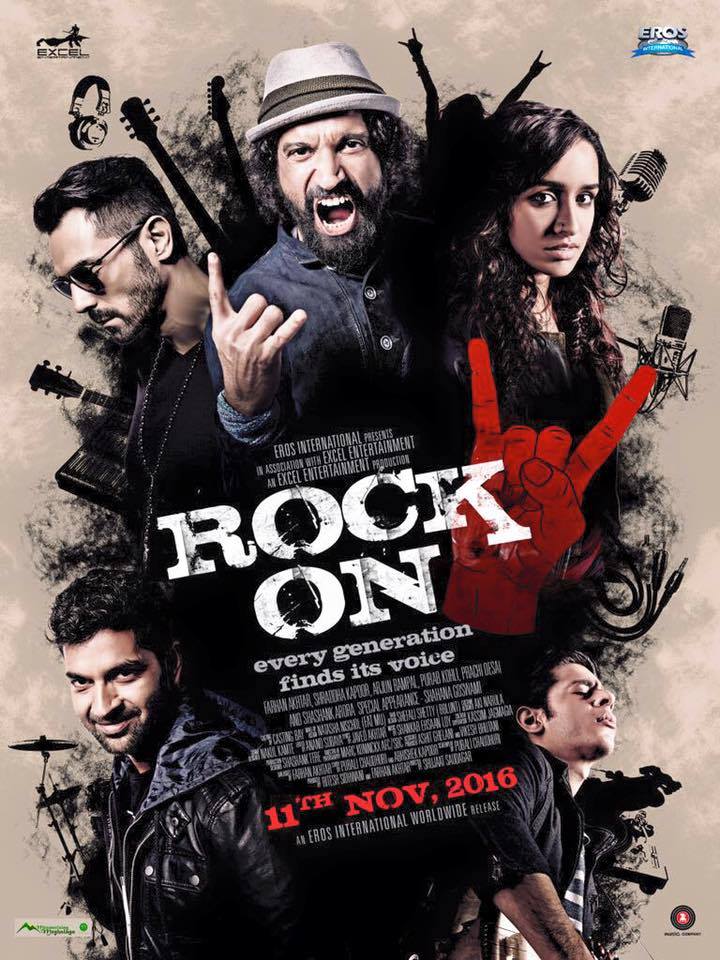 Today another poster was released, along with the announcement that the first teaser of the film will release tomorrow September 5! 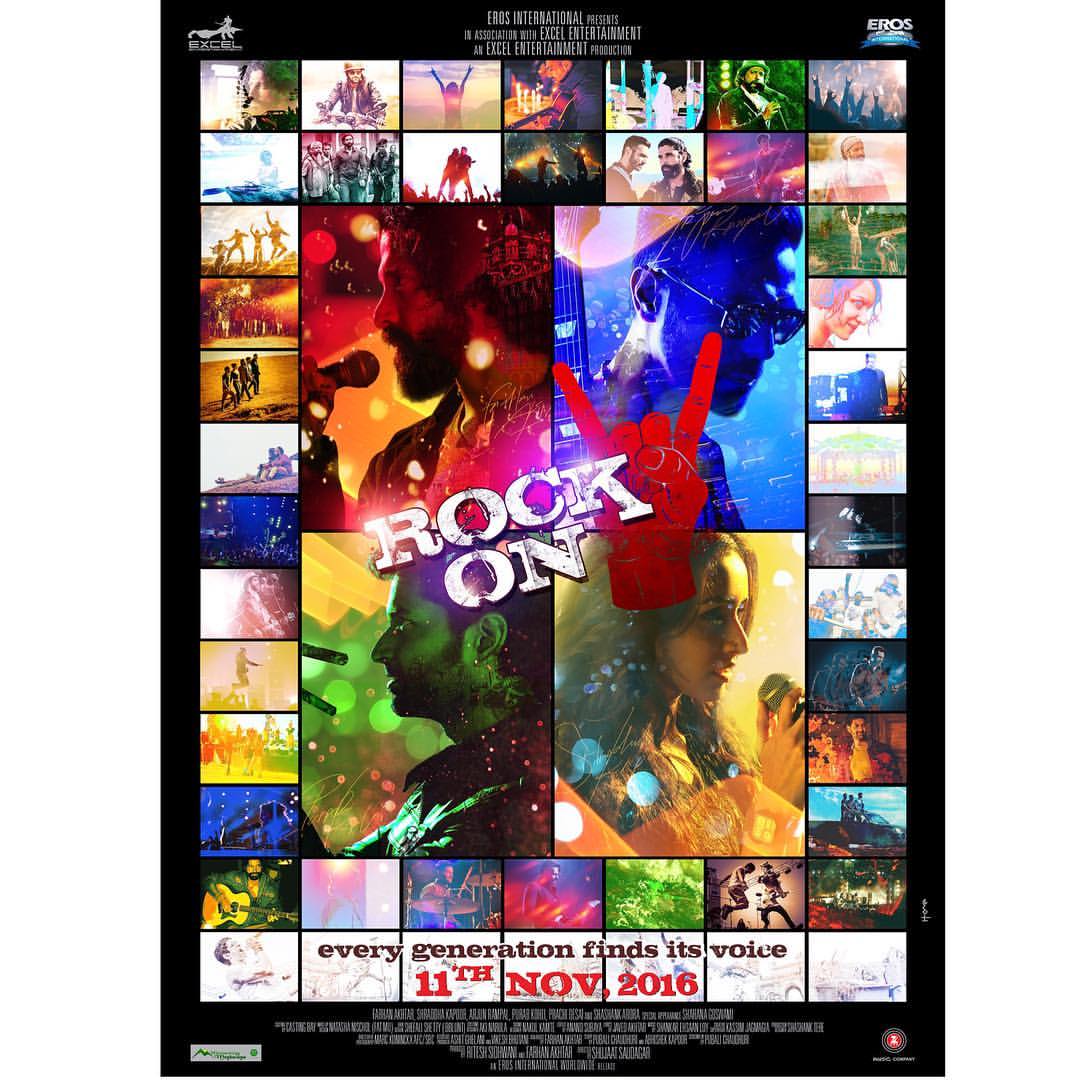 We cannot wait for a second round of ‘rock’ and nor can we wait for another round of beautiful music composed, and directed by none other than Shankar Ehsaan and Loy!