Whenever two big films are slated to release on the same weekend, particularly a flush holiday weekend, the industry holds its breath. There is, after all, so much at stake: money is a given, but going up against another powerful player means laying your reputation on the line, as well. Ultimately, no matter how many numbers are crunched to justify the decision, there is an element of “Mine is Bigger than Yours” at play when it comes to such big-budget clashes. 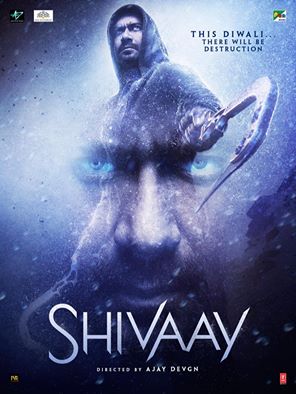 Perhaps that’s why, despite the inevitability that each film’s box office collections will eat into the other’s, neither Ajay Devgn nor Karan Johar will budge from their pre-booked Diwali 2016 release date for their respective films, Shivaay and Ae Dil Hai Mushkil.

But while no one expected either film’s team to fight fair, it still came as a shock when Ajay tweeted the link to a recorded phone conversation between his business partner Kumar Mangat and Kamaal R Khan, during which Khan claimed to have been paid Rs. 25 lakh by Karan Johar to tweet positively about Ae Dil Hai Mushkil after its first teaser trailer was released on August 29th.

To understand the ruckus surrounding Ajay’s tweet, you first have to attempt to understand the pop culture phenomenon that is Kamaal R Khan. A failed Hindi film actor and producer, KRK now markets himself as a self-styled film critic, better known for making offensive and derogatory comments about people in the film industry than for providing any real insight or depth of understanding in his reviews. Think of him as the Donald Trump of Bollywood Twitter: he spews a constant stream of unsubstantiated nonsense and genuinely offensive opinions, and the sheer gall required to do so has earned him an absurdly large, and wholly undeserved, social media following. The more polite among Bollywood’s inner circle might call him problematic at worst and ridiculous at best, but frankly speaking, he is a pain in the ass of nearly everyone in the film industry. 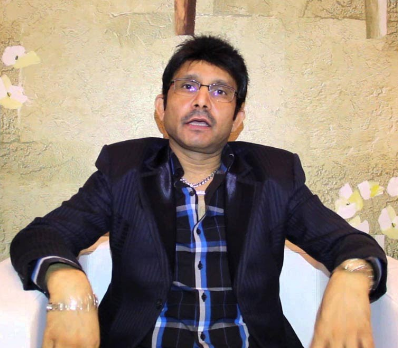 Why, then, would Ajay Devgn be interested in setting up a sting operation against a known liar, someone who frequently fabricates stories designed solely to create controversy? In an official statement on the issue, Ajay claimed that KRK was holding the industry for ransom, and that exposing KRK was his main motivation for releasing the recorded phone call. But he certainly didn’t forget to include, at the end of said statement, that Karan Johar should be investigated for his alleged involvement in paying off “critics” like KRK. 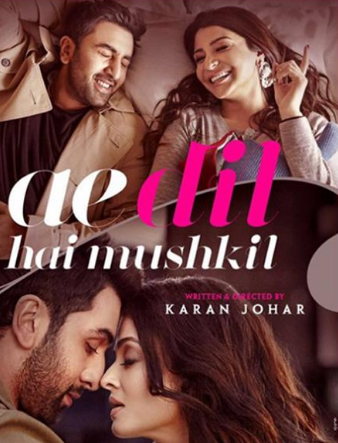 And thus we find the truth of this manufactured controversy: the recording isn’t about exposing Kamaal R Khan, it’s about exposing Karan Johar. No one cares what a loose cannon like KRK, who has been steadily offending members of the film fraternity for years now, has to say about the trailers of either Shivaay or Ae Dil Hai Mushkil. Just because millions of people enjoy watching him cross the line, it doesn’t mean he holds any real credit among film critics. He provides shallow entertainment, not a basis for making decisions about which films to spend your money on. But just planting the idea that an industry giant like Johar would pay off a nobody like KRK is enough to damage the former’s reputation, all while giving legitimacy to the latter, which is entirely counterproductive to what Ajay claims he wanted to achieve by releasing the recording.

Interestingly enough, Kamaal R Khan says that he lied during the phone call with Kumar Mangat, and that he has never taken money from Karan Johar. It certainly wouldn’t be the first time he’s told tall tales about Karan; just last year, KRK released screenshots of a profanity-laced conversation with someone he claimed was Karan Johar asking him to give the film Bombay Velvet a good review in exchange for, you guessed it, Rs. 25 lakh! It’s funny how that amount was not enough to elicit a positive response from KRK toward Bombay Velvet, but Ajay would like us to believe that the price is now just right for hyping up Ae Dil Hai Mushkil.

Why should we believe anything someone like KRK says, at any time, on any platform? No one takes him seriously, except perhaps Ajay Devgn, who was apparently bothered enough by KRK’s opinion of his rival’s film trailer to set up a phone call not only asking KRK to explain his tweets about Ae Dil Hai Mushkil, but also offering him an equal amount of money to tweet positively about Shivaay. It seems KRK, who has formerly made wildly misogynistic comments about women Ajay himself has costarred with by never bothered to defend, only deserved to have Ajay’s wrath rain down upon him when he made a few positive remarks about Ajay’s competition. 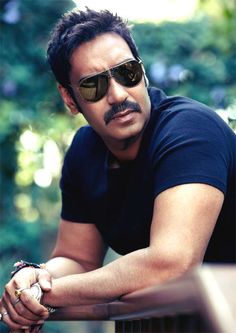 By positioning Kamaal R Khan’s claims as holding any weight at all, Ajay Devgn has thrown his lot in with one of the film industry’s biggest liars. It makes Ajay, a National Award-winning actor and box office powerhouse, look petty and insecure about the quality of his film. And by joyfully using this opportunity to wrangle free publicity for himself through press conferences and media interviews, KRK is only further proving that nothing he says can be trusted. In fact, the only person in this scandal who seems to be walking away with clean hands is Karan Johar, and he’s the the one accused of bribing a critic! It may be a tad bit ironic, but then again, that’s the power of staying silent and refusing to dignify such accusations with a response. Karan has, at least so far, held his head as high above the controversy between Ajay and KRK as one could reasonably expect. And if Karan isn’t bothered by the hoopla, why should the audience be?

Perhaps Karan Johar really is crooked, and perhaps KRK really does extort money from filmmakers in exchange for good reviews. But when you drag a loser into your corner, you become one yourself. The moment Ajay resorted to using KRK as his secret weapon, he lost the battle. It was a miscalculated move far beneath someone of his talent and stature, and a disappointment to those of us who were looking forward to a box office outcome based on merit, not contrived controversies.

As long as Ajay continues to run this story into the ground without eliciting a retaliation from Karan, he will keep losing these PR battles. And as long as Karan stays quiet and calmly goes about his work, the more confident he seems in his own product.

And as for KRK, well, we all know he’ll never shut up.