After a smashing debut with ‘Sanam Teri Kasam’, Harshvardhan Rane is all set for his next big screen outing. The hunky actor will be seen in Aarti S Bagdi’s short film ‘Khamakha’ that revolves around two strangers – Harshvardhan and Manjari Fadnis – who meet on a bus journey and strike a conversation that highlights an oft-seen attitude that English-speaking society largely harbors against the non-English speaking crowd! Having faced a similar bias early on in his struggling days post having left his home, interestingly, this is also what drew Harshvardhan to do this short film.

Recalling his early days in Delhi before he became an actor, Harshvardhan reveals that he realized that not knowing fluent English was almost treated like a handicap by most who he approached for a job. 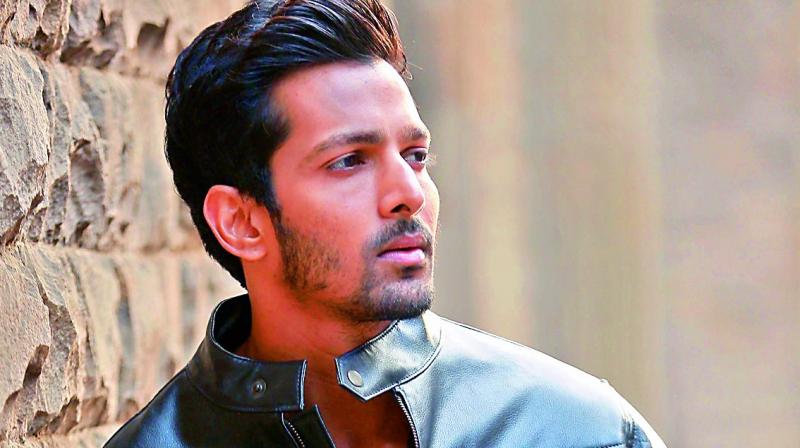 “People are quick to judge the ones who don’t speak English and ‘tumhe English toh aati nahin’ was a common phrase I heard almost as if it was an accusation. I have faced that kind of bias where they make you feel complexed about not knowing a language which is not even Indian. That bias still exists and I see a lot of people facing it and that’s why I agreed immediately to do the film, as it has a great connect.”

As for his own struggle with the language, the hunky actor reveals that since he barely had 200 rupees when he’d left home in Gwalior and any coaching class charged nothing less than Rs 5,000 he found a unique way to beat the system.

“My survival instinct kicked in and I just had to find my way around it. The more challenging learning English was becoming, the more determined I got. The tougher it got, the more my resolve toughened up to make sure I succeed!”

And for it, shares the actor, he found a loophole in the corporate sector and made the most of it too, switching from one company to another for as much as 20 times! Almost a ‘Catch Me if You Can’ kind of a situation? “No, not that dramatic,” laughs Harshvardhan. Explaining further he adds,

“I would join a call centre where they train you for a month or so in English language and also soft skills – both of which I was intent on learning – but I was very clear that I am not looking at a 9 to 5 job and had no intention of continuing. Joining the company seemed the best option since they train you while paying you for it. It worked perfectly for me and after a month before they could process the verification procedures and paperwork, I would leave the company. I did it in almost 20 companies. It felt good that instead of paying to learn, I had found a way of being paid to learn.”

The actor shares that for him, the training he got was a means to the purpose.

“I had to maneuver my way around the system as my goal was very clear. Instead of complaining about my situation I just turned it around in my favor, that’s my fighter instinct always that has stood me in good stead. Although I must say, meri English ab bhi paidal hai,” smiles Harshvardhan.

Talking about his upcoming film releasing on Hindi Diwas (14th September) that throws light on the bias people have against non-English speaking crowds, the actor feels that just like him, many would feel that instant connect.

“The film is not preachy but in a subtle manner talks about this issue,” he says.

The actor however is quick to add that he feels that the language is finally getting its due.

“With superstars like Amitabh Bachchan and several others bringing in a lot of dignity to Hindi, I think it is finally getting its due. And of course I am also thrilled to make a small contribution in my own way through this film.”