Yet another eventful night for Life OK commenced as the channel launched its latest show Rishton Ka Saudagar – Baazigar starring Vatsal Sheth and Ishita Dutta. While the newest addition managed to grab eye balls, Bahu Hamari Rajni_Kant proved to be the lucky mascot of channel once again. 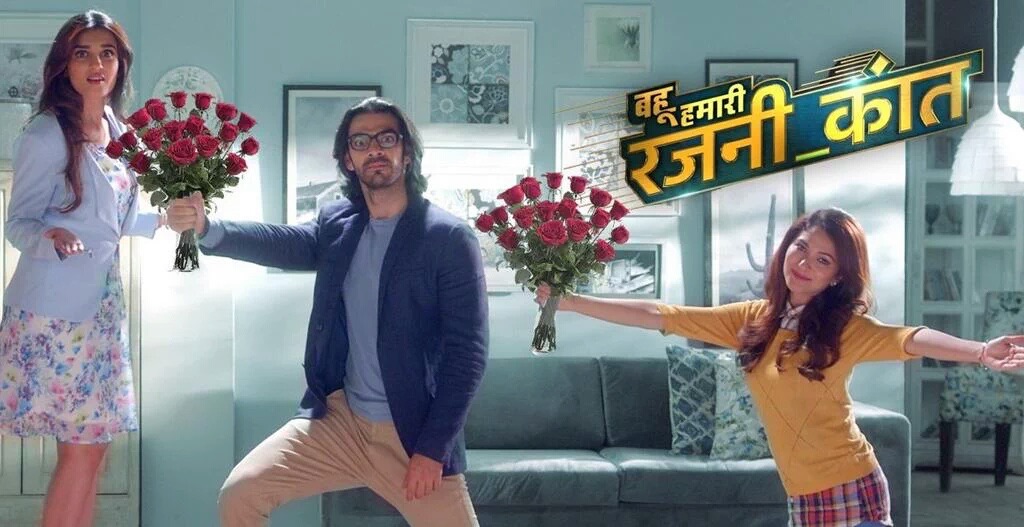 After successful maha epsiodes during the Shaan and Rajni marriage track, Dhyan’s homecoming track and the recent Naagarjun launch, a nearly one hour long special of the show was showcased once again as Baazigar made its way on the screen.

Three couples were highlighted in the romance filled episode of which one seem to be taking the trophy home for the exact opposite reason. While it was heart warming to see Rajni teach Shaan to face his fears and Dhyan and Sharmila engrossed in their story book romance, Dev and Shogata’s nok jhok was a rib tickling laughter riot.

In coming episodes, audiences are in for a roller coaster of confusion as Saraswatichandra fame Shiny Doshi joins the cast of the show. Shiny will be seen portraying Shaan’s estranged girlfriend Samaira whom Shaan left to pursue his love for machines. But now that Rajni has been created, will Shaan try and win Samaira over again or will this bond between man and machine forty even further? Keep watching Bahu Hamari Rajni_Kant to find out more!