Yash Chopra, the legendary filmmaker, lives on through his eponymous work in people’s hearts. His lens lovingly captured the breathtaking locales of Switzerland for decades. Now the Swiss government is honoring him with a special statue, as a mark of gratitude and salutations. The statue was inaugurated on Wednesday.

A sculpture made of pure bronze, weighing about 350 kilos, presents Yash Chopra in an iconic pose of him directing a film. Chopra, who opened a legacy of South Asian tourists flocking to Switzerland, loved to spend time there. Natural beauty and warm hospitality mark the association that his banner Yash Raj Films shares with the country. This statue will be installed at the heart of Interlaken, inside the KURSAAL area, near the Congress Centre. A prime, popular spot with tourists, the statue will remind many of the cinematic splendor that Yash Chopra had created for this picturesque nation. 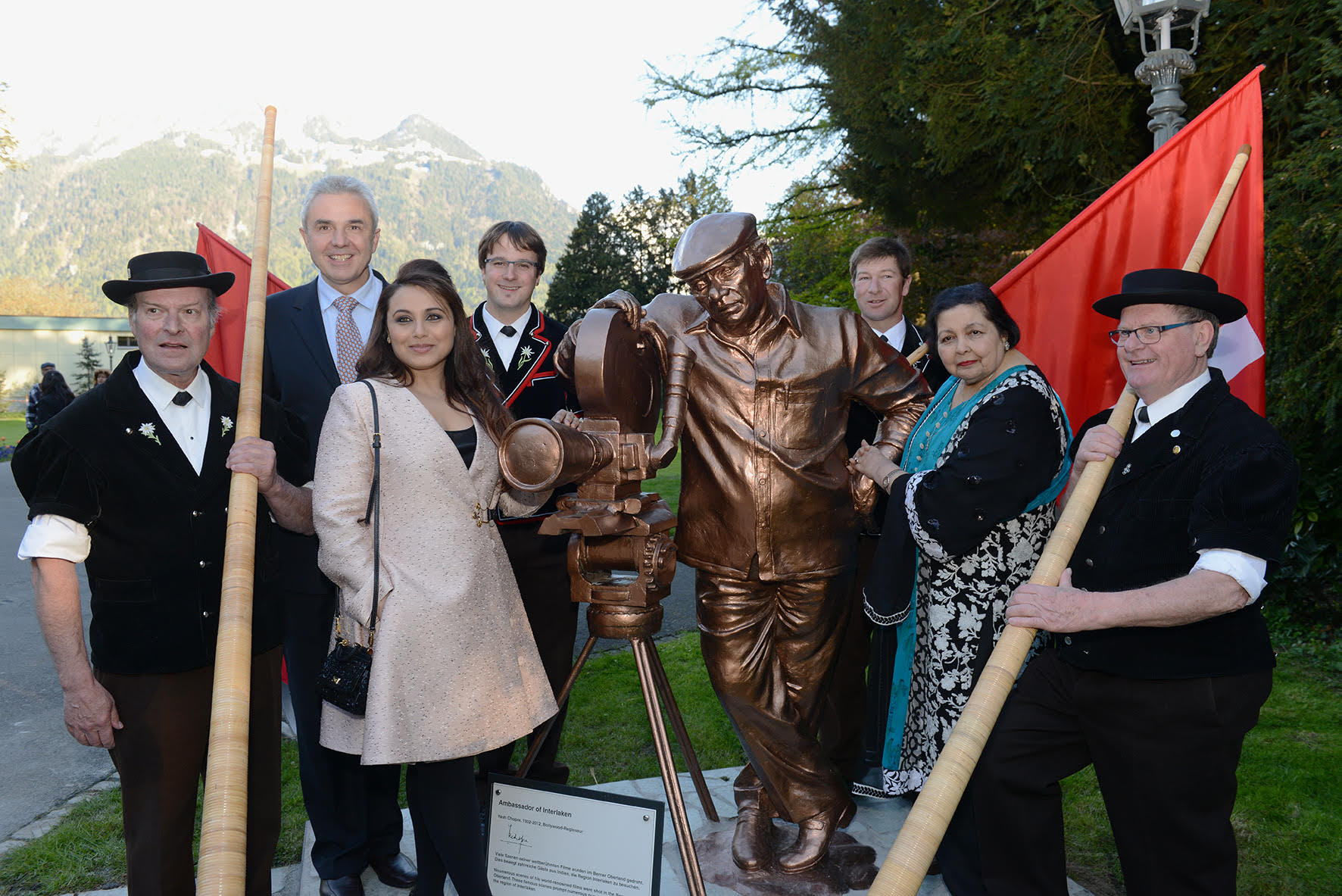 While many ministers and senior bureaucrats from the Swiss government attended this inauguration, Pamela Chopra and Rani Mukerji were also present for the occasion. The event was organised by Interlaken Tourism and Jungfrau Railways.

This is not the first time the filmmaker has been honored in this way. The government of Interlaken awarded him the honorary title of “Ambassador of Interlaken” in 2011, and Jungfrau Railways named a train after him – an honor shared only with the railway’s founder, Adolf Guyer. In addition, the five-star Victoria Jungfrau Grand Hotel and Spa in Interlaken named a suite after Yash Chopra.