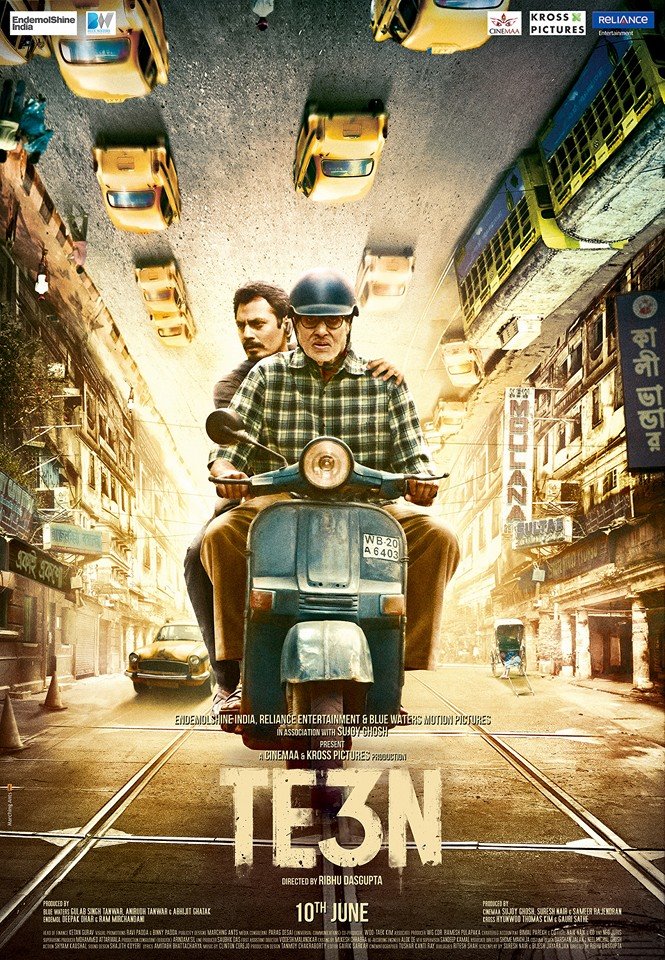 Monday May 9th 2016, 8 years since John Biswas (Amitabh Bachanchan) lost his granddaughter, Angela in a tragic kidnapping incident that scarred him and his wife Nancy. Eight years after, the world has changed. John didn’t give up his relentless quest for justice and visits the police station where he’s shunned and ignored daily.

The only person who helps him is Martin Das (Nawazuddin Siddiqui) who is an ex cop turned priest and has something in common with John.. the death of Angela left a tragic impact on both. After eight years, one day after that incident, another kidnapping situation echoes of similarity Angela.

Father Matin once again dragged into the investigation by cop Sarita Sarkar (Vidya Balan). While the priest and then cop focus on the new kidnapping,  John finds little clues of information to gather the identity of Angela’s kidnapping.