Saurabh Pandey who is currently seen playing Krishna in Siddharth Kumar Tewary’s Suryaputra Karna on Sony TV is excited about the upcoming track in the show. 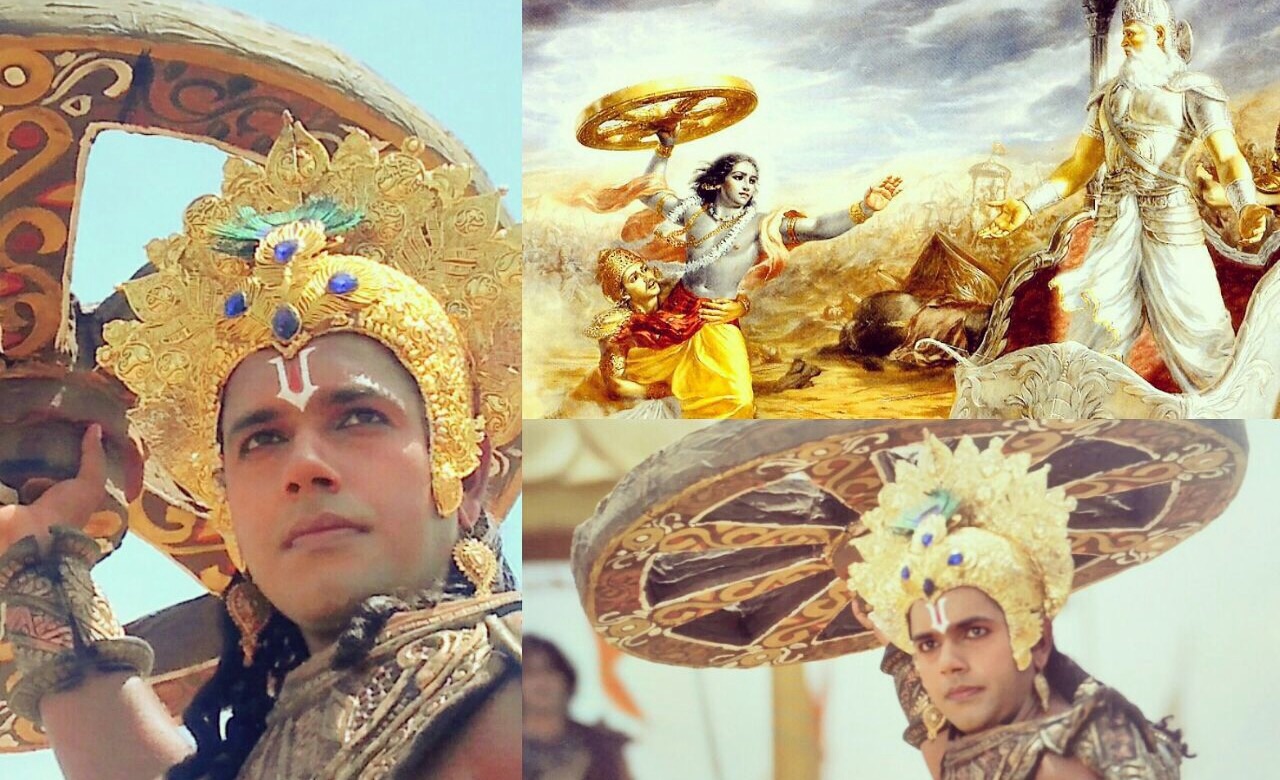 “Mahabharata’s most important chapter where Krishna breaks the vow and picks up a ‘Shashtra‘ (weapon) to protect his devotee is coming up in the show.”

When asked how does he feel as he plays Krishna and what impact does it have in his life he says,

“There are many more things to learn from Krishna in Mahabharat. Krishna wanted to explain that having me in your life nothing is impossible and I will show you the way and the answers to every challenges of your life.”

The sequence shows how Krishna himself takes the charge and ends Bhishma Pitamah who had the boon that he can die only when he wanted to but Krishna kills him. Krishna had taken a vow that he will not fight or lift Shasta (weapon) in the battle field. One things we must know that what ever Krishna did even a slightest of movement was the answer to many questions, setting example for the coming generations so we can learn and walk on right path, it’s like with his one action he does numbers of unlimited things. Similarly Krishna breaking the vow in the ballet ground of Kurukshetra had many connections to it.

On being asked who is the inspiration for the role he says,

“For this role of course Krishna is my only inspirations and the help from my Guru Radhanath Swami Maharaj and the bramchari friends of mine. I have absolute faith in Krishna. I have surrendered completely to God.”

“Siddharth wanted to shoot all this exactly as what Vedas said. This is a very important point and highlight of this scenes. Public will see this scene in a unique way for the fight time ever on TV. Producer Siddharth Kumar Tewary surely knows the pulse of the audience and he has made a fantastic show.”