Post the success of shows such as Ek Veer Ki Ardaas Veera, Kuch Rang Pyaar Aise Bhi and the most recent Jaana Na Dil Se Door, Beyond Dreams (Yash Patnaik and Mamta Patnaik) is back with a serving of mythological proportions. Their latest feature Naagarjuna witnessed a thunderous opening on Life OK last night (May 30th). 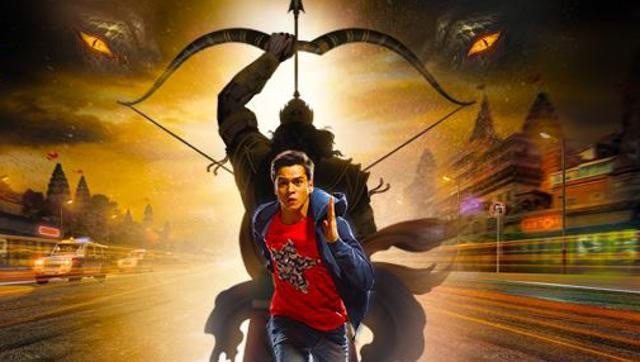 Unraveling the untold myths from beneath the surface, Naagarjuna focuses on the life of Arjun (Anshuman Malhotra) – a 20 year old college student with a mysterious past. Arjun learns a great deal about his future destiny when his paths collide with the past in the form of his father Astika (Nikitin Dheer).

In just the pilot episode, writer Robin Bhatt intricately weaves together the strings of the tale of the Nag Lok wasi and its inspired character the modern day Arjun. Both Anshuman Malhotra (appearing tonight)and Nikitin Dheer easy their respect roles with brilliance. The initial cameo appearance of period drama king Chetan Hansraj made the episode all the more worthwhile. Shruti Ulfat as the adoptive mother of Arjun gives you a warm and fuzzy feeling each time she makes an appearance. But what took home the trophy in this epic battle were the outstanding VFX effects. From the slimy serpents to the hell from down under, Naagarjun proved to be a pioneer in television visual effects.

If you haven’t already done so, please catch an episode of the show ASAP!