The handsome hunk Mrunal Jain is back on the screen after a gap of nine months. He’ll be seen as an evil supercop in the upcoming Yash Patnaik’s superhero show, Nagarjuna. 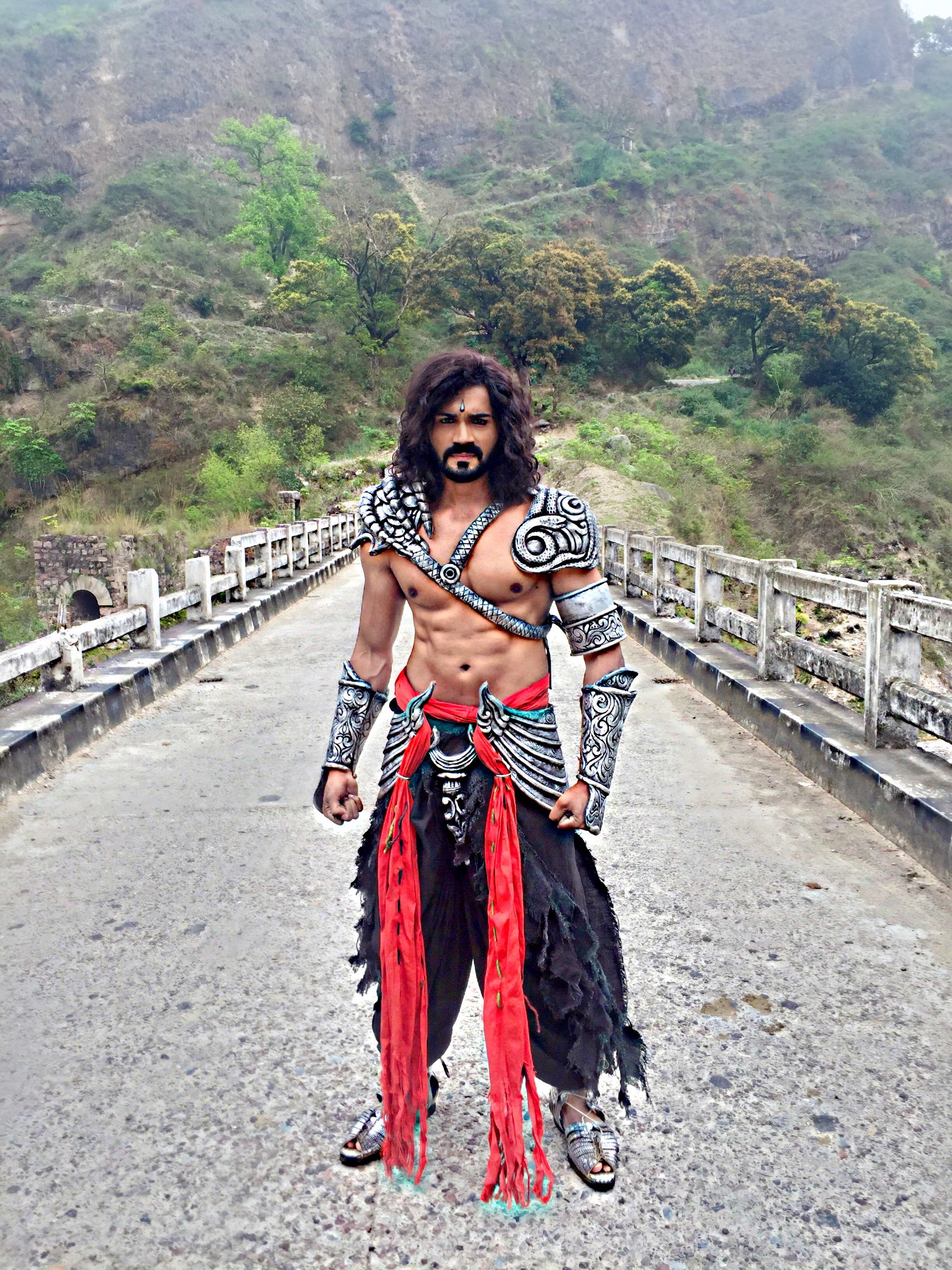 The actor will be seen in two avatar – as a cop (Rajveer) who’s an evil superhero. As a cop says Mrunal,

” My character Shankachurna in Nagarjuna is very different compared to whatever I have done in the past. The costume that I will be wearing has a lot of elements, including special claws that originates from the right shoulder. The look reminds of the Hollywood films Gladiator and 300. I am also wearing a wig for the first time.”

It takes the actor 50 minutes to get his look ready. He elaborates,

“I take approximately 50 minutes, which includes 20 mins for the make-up and a few extra minutes to adjust the wig.”

Being a fitness buff, Mrunal is known to have a great body, which got him the role of Shankachurna. He adds,” Since it’s an anti hero, the character needed to look fit and larger-than-life. I will be seen as a cop Rajveer too.”

Talking about playing a character with dual shades of a cop and anti hero, Mrunal says, “I am lucky enough to get to play to two roles in an industry where most of the shows are female-oriented. Besides, I always wanted to play a cop on screen.”

However, the actor can’t get over the experience of wearing the wig. “It’s crazy and wicked. You need a lot of patience. I have more respect for all the female artistes who have to go through this process everyday. I will never crib about why females take so much time to get ready,” says Mrunal.

On working for Beyond Dreams he says, “I am lucky to work in a show produced by Yash Patnaik. He knows the pulse of the audience and our show is very unique. It takes lot of hard work to make a show on the subject of superhero”